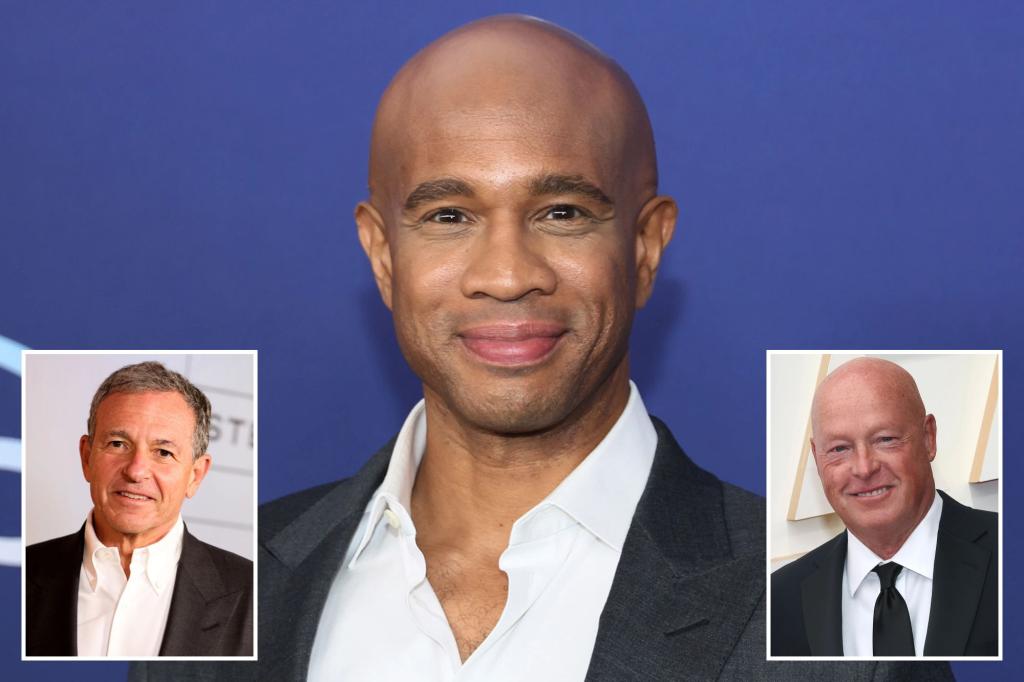 Newly reinstalled Disney CEO Bob Iger is already asserting his dominance at Disney – ousting a top protégé of ex-boss Bob Chapek and securing a $27 million-per-year pay package in his first hours on the job.

Iger, 71, revealed the exit of Kareem Daniel, Chapek’s top lieutenant and chairman of Disney Media and Entertainment Distribution, as part of a major internal restructuring at the Mouse House. Chapek had formed the division in late 2020 in a bid to streamline the entertainment giant’s business strategy.

In a memo to staffers announcing the shakeup, Iger framed his actions as an effort to restore power to creative executives at Disney – some of whom had reportedly chafed under the leadership of Chapek and Daniel.

“Our goal is to have the new structure in place in the coming months,” Iger wrote in the memo. “Without question, elements of DMED will remain, but I fundamentally believe that storytelling is what fuels this company, and it belongs at the center of how we organize our businesses.”

The CEO said he had asked other top Disney executives, including Christine McCarthy, Jimmy Pitaro, Dana Walden and Alan Bergman, to collaborate on the “design of a new structure that puts more decision-making back in the hands of our creative teams and rationalizes costs.”

Iger signed a two-year contract with an annual base salary of $1 million, according to an SEC filing. However, the longtime Disney executive can earn up to $27 million for each of the two years with incentives tied to the company’s financial goals and other metrics.

“I know change can be unsettling, but it is also necessary and even energizing, and so I ask for your patience as we develop a roadmap for this restructuring. More information will be shared over the coming weeks,” Iger added in the memo.

The leadership changes marked a rapid downfall for Daniel, who got his start as Chapek’s intern while he was still in grad school at Stanford University and steadily rose through the ranks alongside his mentor.

After a short stint at Goldman Sachs, Daniel formally joined Disney in 2007. By 2017, he rose to serve as president of business operations for Disney’s theme park design team, known as the Imagineers. When Chapek succeeded Iger as Disney CEO in 2020, he elevated Daniel to head up the company’s key business efforts.

“He is a brilliant executive who has an unbelievable objectivity when it comes to fact-based decision making,” Chapek said of Daniel in a 2020 interview with Bloomberg.

As head of Disney Media and Entertainment Distribution, or DMED, Daniel oversaw the company’s funnel of content, including the streaming services that have become the centerpiece of its long-term strategy.

Prior to Iger’s surprise return, Chapek and his top allies were under immense pressure to right the ship at Disney. The company had plunged more than 40% since January following a series of C-suite failures and middling financial performance.

Concerns about Chapek’s ability to lead grew so pronounced that several top executives, including McCarthy, Disney’s CFO, approached the company’s board of directors to air their grievances, the Wall Street Journal reported.

Chapek eventually caved to the pressure and denounced the bill – a move that angered Florida Gov. Ron DeSantis, who led an effort to revoke the company’s special tax status.

Lab-grown meat is ‘safe to eat,’ FDA says — but will it revolutionize food industry?