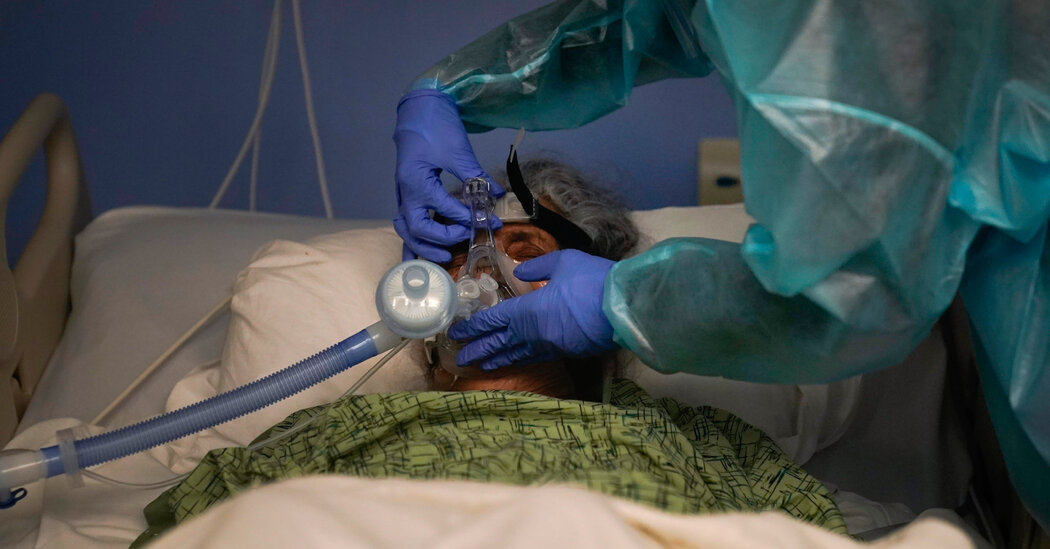 In March 2020, New York City’s hospitals filled up with patients desperately ill with Covid-19. In many cases, when their fluid-filled lungs could no longer give them oxygen, doctors sedated them and put them on ventilators.

The patients who recovered were taken off the machines and anesthesia. Within a day or so, their doctors expected them to wake up.

But that’s when the phone of Dr. Nicholas Schiff, a neurologist at Weill Cornell Medicine, started lighting up.

“We’re starting to get all these weird consults,” Dr. Schiff recalled. “People have been liberated from anesthesia after surviving Covid, and they’re not waking up.”

Dr. Schiff, who had spent 25 years treating disorders of consciousness, was perplexed by the influx of unconscious Covid patients. They took weeks, and sometimes months, to wake up. But then they usually regained full consciousness, with no sign of brain damage.

Dr. Schiff and his colleagues have been trying to make sense of this strange phenomenon ever since. On Monday, he published a paper that proposes an answer. And the answer involves turtles.

The brains of unconscious Covid patients bear a striking resemblance to those of turtles that spend the winter encased in ice, argued Dr. Schiff and his collaborator, Dr. Emery Brown, a computational neuroscientist at M.I.T. The turtles survive by putting their neurons into an unusual quiet state that lasts for months. Dr. Schiff and Dr. Brown believe that the combination of Covid and sedatives prompts a similar response in people.

Read More on the Coronavirus Pandemic

If the theory holds up, it might point to new ways to save people from brain damage: by intentionally putting people into this state, rather than doing so by accident.

“If it’s right, it can teach us how to protect and preserve the brain better,” Dr. Schiff said.

Dr. Schiff discovered that his experience was not unusual. Many other neurologists were seeing Covid patients taking a very long time to wake up. In March of this year, Dr. Schiff, Dr. Brown and their colleagues published a study of 795 severe Covid patients with delayed recovery in three hospitals in New York City and Boston. One-quarter of the patients took 10 days or more after coming off a ventilator to follow simple commands like squeezing a doctor’s finger. After 23 days, 10 percent were still not conscious.

But the analysis did not offer any easy answers about why they were experiencing such a long delay. The anesthetic drugs could not alone account for the long journey back to consciousness. “The time courses were absurd,” Dr. Schiff said.

Brain damage can lead to months of minimal consciousness, but many of the Covid patients had healthy brains. “There was no expectation that there should be a problem,” Dr. Schiff said.

For years, Dr. Schiff and Dr. Brown have been developing theories about what happens in the brain during comas, sleep and anesthesia. Now they turned their efforts to Covid. Their search for clues brought them unexpectedly to studies of turtles.

Across the northern world, coldblooded turtles that live in freshwater have to survive chilly winters. They do so by spending months buried in frozen mud, barely breathing. Researchers who study turtles in laboratories have found that the animal prepares its brain for winter by flooding it with a chemical called GABA. The compound quiets the activity of neurons so that they don’t waste energy producing electrical pulses.

Over the winter, the turtles produce distinctive brain-wave patterns, with isolated bursts of electricity separated by long stretches of silence. Just like the turtles, unconscious Covid patients produce brief bursts of electrical activity between long silences. And these patients typically received anesthetic drugs that mimic GABA.

Dr. Schiff and Dr. Brown proposed that in response to GABA-like sedatives and the stress of Covid, human neurons shift to a quiet mode in which they don’t need much oxygen to survive. Even after the sedatives wear off, the brain can keep itself in this state for months.

“I think it’s an intriguing analogy, definitely,” said Amanda Bundgaard, a postdoctoral researcher at the University of Cologne in Germany who studies turtle brains. But she cautioned against pushing the analogy too far at this point, because there’s so much left to understand about turtles.

“One thing that maybe is a little bit problematic is that we don’t know how turtles wake up again from this,” she said.

After months in a state of suspended animation, turtles jump back to normal by flooding their brains with oxygen. That’s astonishing, because the surge of oxygen ought to kill their neurons by triggering toxic chemical reactions.

Some studies suggest that turtles soak up the extra oxygen with a chemical called neuroglobin. But it’s possible they use a number of other chemicals to create many lines of defense.

“It’s exciting to have a new hypothesis to think about if it helps us create better outcomes for patients,” said Martin Monti, a neuroscientist at U.C.L.A. who was not involved in the study.

In their paper, Dr. Schiff and Dr. Brown suggest that neurologists should check samples of cerebrospinal fluid taken from Covid patients as they returned to consciousness. Like turtles, they might release a surge of neuroglobin to protect their brains.

“That would be a pretty good test of the hypothesis,” Dr. Monti said.

He added that the hypothesis might also lead to new ways to prevent brain tissue from dying after strokes, heart attacks or even traumatic brain injuries. A combination of sedatives and other treatments might induce neurons to give themselves a turtlelike protection.

“This could ultimately turn into a new tool in the toolbox to make patients not only survive, but recover as well as possible,” Dr. Monti said.

iFixit starts selling parts for the Google Pixel 6A

How Family and Friends Helped Get Me Through the Pandemic

Teens Turn to TikTok in Search of a Mental Health Diagnosis

Missing the Home You Needed to Leave