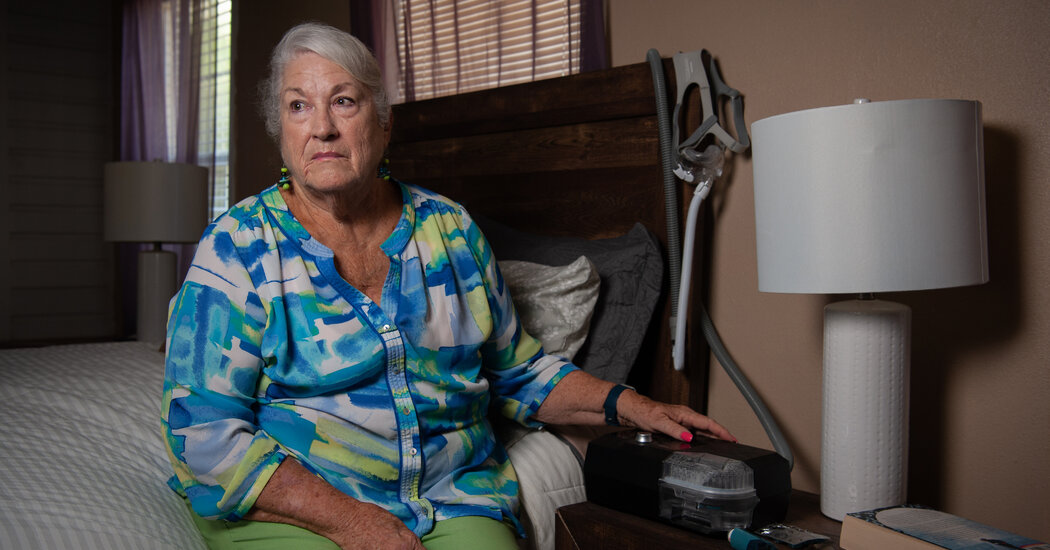 For others, the wait is not for a device, but for answers. Even with ailments where a clear link can be established, like smoking and lung cancer, the illness can take years to manifest, Dr. Albert Rizzo, chief medical officer of the American Lung Association, said.

“I think it’s a wait-and-see of really looking at epidemiologic studies to see whether there’s a causal relationship based on patients who used the device and those who didn’t,” Dr. Rizzo said.

Adding a layer of complexity, Mr. Klink said foam with added flame retardant chemicals, a class that has separately been linked to cancer and reproductive harm, was only present in company ventilators, which comprise about 5 percent of the recalled devices. The company also issued an unrelated recall in September because of contaminated plastic giving off toxic chemicals in fewer than 400 breathing machines.

Mr. Shiffler, a member of the Church of Jesus Christ of Latter-day Saints, said his wife never drank alcohol or smoked before the aggressive lung cancer took hold. He viewed with derision a video of the former Philips chief executive, assuring device users about safety: He can strap Joleen’s device on at night for two years, Mr. Shiffler said, “and we’ll see how you do on a PET scan.”

The feeling of betrayal runs deep with Tillie O’Kelley, 76, as well. After her replacement device landed with a thump on her doorstep, she put it in a closet. She preferred to use a device from another company.

She traced a decline in her health to when she began to use a Philips CPAP in 2014. Before then, she was active, building on to her South Florida home, making stained glass and scuba diving in Cozumel, Mexico, where the water was so clear, she recalled, you could forget you were underwater.

Republicans one win away from regaining control of House

Store Shelves Are No Longer Bare, but Baby Formula Remains in Short Supply

At Long Last, Can Malaria Be Eradicated?

‘A New Frontier’ for Hearing Aids

Monkeypox Appears to Recede, but Risks and Uncertainties Linger