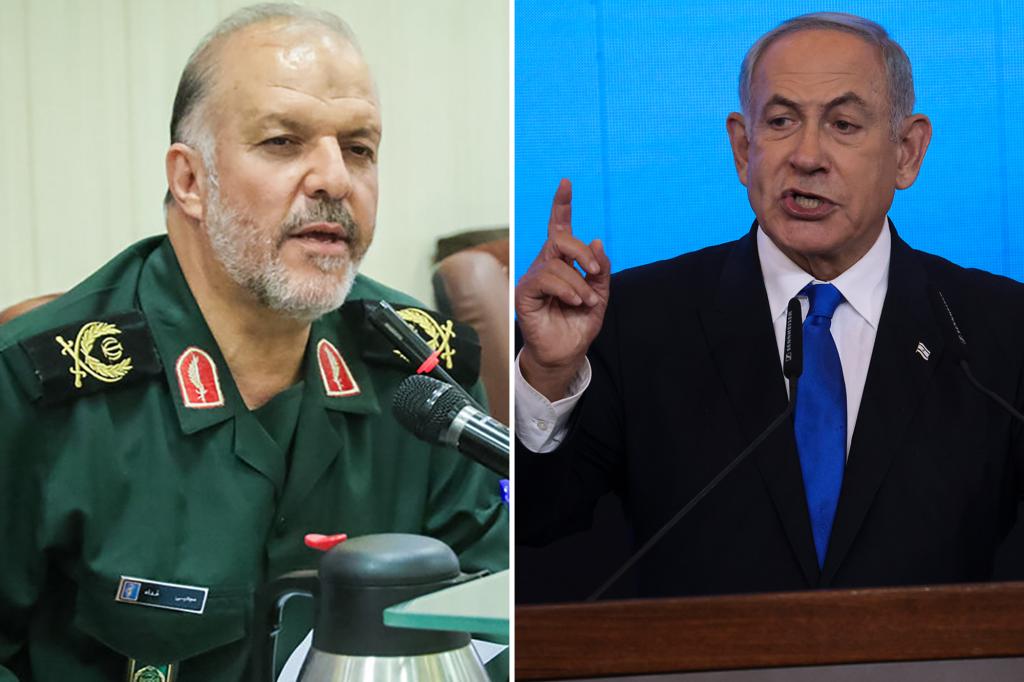 Mojtaba Fada, the the commander of Isfahan’s Islamic Revolutionary Guard Corps, also called for the destruction of “the child-murdering regime [of] Israel,” according to The Jerusalem Post, which cited Iran’s Bahar News newspaper.

Fada’s threats against Israel’s longest-serving leader came at a funeral in Isfahan for “martyrs” who died while cracking down on dissidents protesting the September death of Kurdish Iranian woman Mahsa Amini, 22.

Amini died in the custody of the regime’s morality police after she allegedly wore her hijab improperly, sparking widespread continued demonstrations and clashes between protestors and authorities across the totalitarian state.

Fada reportedly said said that “the former prime minister of the Zionist regime hoped that the protests in Iran would lead him to travel to Tehran” but the Islamic Republic “will prevail and will frog march that prime minister to Iran wearing a leash and a slave collar.”

The violent rhetoric was typical of that from Supreme Leader Ali Khamenei’s regime, experts told the Israeli newspaper.

Clerical leaders have “a pattern of making physical and assassination threats against world leaders,” Banafsheh Zand, an Iranian-American expert on the Islamic Republic, said.

“In other words, anyone who dares to take issue with Tehran’s brazen terrorism and violent methodology publicly ends up getting that exact type of threat issued to them by the Khomeinist authority,” he added.

Zand’s commentary came as US Special Envoy for Iran Robert Malley recently conceded that the regime’s assassination threats against US government officials would make a nuclear accord with the country impossible.

“Though, for the past four-plus decades, most world leaders and international bodies such as the UN have willfully turned a blind eye to the criminality of the Islamic regime, now it is becoming more and more inescapable,” Zand told the outlet.

Netanyahu, 73, will become prime minister for a record sixth time after he was reelected to power earlier this month. He first served as leader in the 90s.

He was elevated back to power this year, beating current Prime Minister Yair Lapid, with the help of far-right parliamentary allies — and is now tasked with forming a government as he stands trial on corruption charges.

Five Advantages of Having a Personal Injury Lawyer Represent You

‘Serial’ is back after Adnan Syed’s prison release