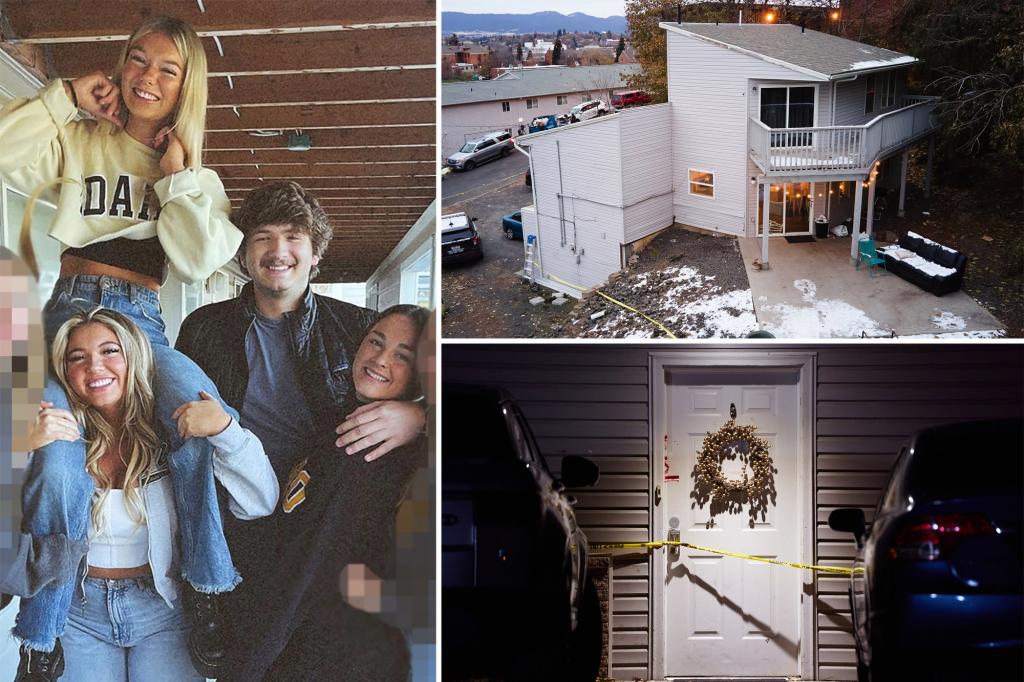 The menace who stabbed four University of Idaho students to death last week spared the life of a dog that was inside the house at the time of the horrific attack, authorities said.

“On the night of the incident, officers located a dog at the residence,” the Moscow Police Department said Monday night.

“The dog was unharmed and turned over to Animal Services,” the department said.

The traumatized animal was later handed off to a “responsible party,” authorities said.

One of the victims, Kaylee Goncalves, had a dog that she shared with her ex-boyfriend, her sister told the New York Times. But it’s unclear if the pet removed from the home belonged to her or any of the other victims.

The revelation about the animal comes after police quashed rumors that the Oct. 12 murder of an Australian shepherd in the community was tied to the deaths of Goncalves, 21, Ethan Chapin, 20, Xana Kernodle, 20, and Madison Mogen, 21.

“This was a human that did this,” she said.

Here’s the latest coverage on the brutal killings of four college friends:

Police also clarified on Monday that other dead animals reportedly found on the students’ off-campus property were also not related to the slayings.

“Detectives are also aware of a Moscow Police incident of the report of deceased animals left on a resident’s property,” the department said. “This was determined to be wildlife activity and unrelated to the incident.”

The four students were each stabbed several times as they slept, though some had defensive wounds, police said.

During a briefing Sunday, police said they still believe the attack was targeted, but have yet to determine who the killer or killers are. The murder weapon has not been found.

Texas patient with monkeypox dies, could be first virus-related death in US