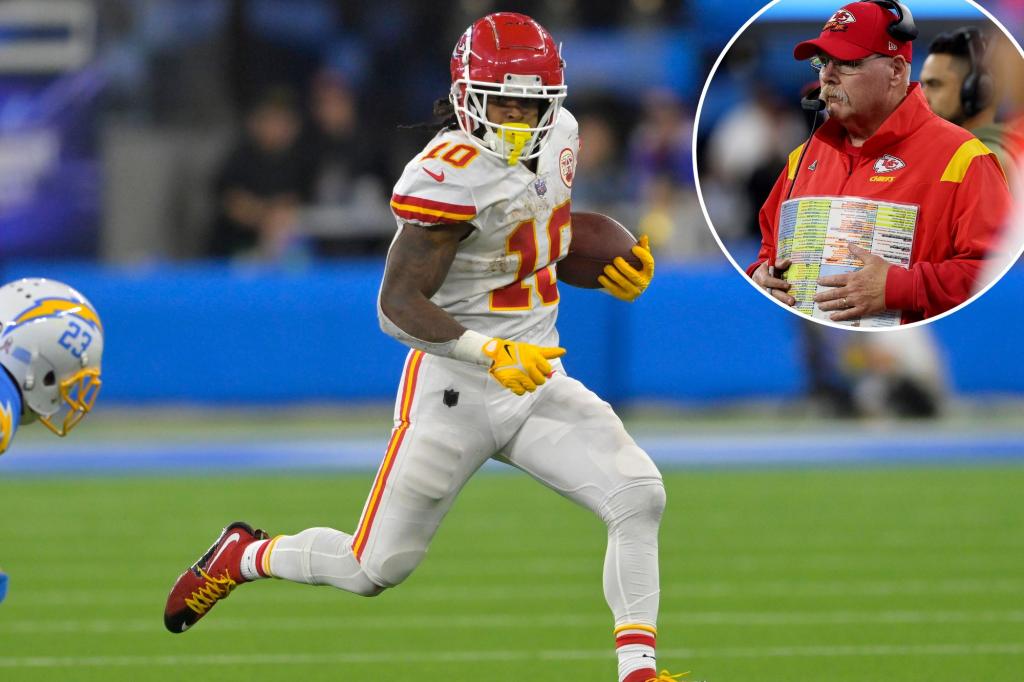 These fluctuations are a good lesson in how trends work. If they didn’t come and go, they wouldn’t be trends, they would be timeless. And nothing in fantasy football is timeless.

Used to be — back in the old days, like last century — fantasy managers could routinely rely on running backs of Andy Reid-coached teams. If you had Duce Staley in 1999, Reid’s first year with the Eagles, you did pretty good. He ranked 10th among running backs in PPR formats — only, PPR didn’t exist back then, because the fantasy community still had some collective sense about itself (he also ranked 10th in non-PPR).

That’s pretty good. You’ll take that. And though Staley injuries would make the Philadelphia backfield trickier the next few years, whoever the primary RB was in a given week did pretty good — whether it was Staley, Correll Buckhalter or someone else.

Eventually, Brian Westbrook came to the fore. He was followed by Reid’s first true fantasy giant, LeSean McCoy, whose extended run of fantasy greatness began in 2010.

Then Reid made the jump to Kansas City, where his fantasy RBs continued to flourish. He inherited stud Jamaal Charles. When Charles began missing significant time with injuries, in came Charcandrick West … until he went down. Then all fantasy managers needed to do was queue up Spencer Ware. Sooner after, Reid made an instant star out of Kareem Hunt.

It seems clear rookie Rutgers product Isiah Pacheco has assumed the feature running back role. In the past two weeks, he has 31 carries. Jerick McKinnon has just seven in that time, and CEH had zero in Week 10 then just two Sunday before leaving with an ankle injury.

With CEH being demoted, and now possibly limited by injury, and McKinnon more of a passing-down option, Pacheco is the Alpha in that backfield.

Feature backs normally do well in fantasy, even on bad teams. On one of the best offense in the league, with a coach who has a history of delivering fantasy giants in the same role? The Madman loves Pacheco’s potential down the stretch.

We’re not worried about the lack of touchdowns — none since garbage time of Week 1. We aren’t worried about his lack of work in the passing game. With 15-plus touches in this offense, even if all rushes, he should deliver enough TDs to make him a worthy weekly starter.

We see a trend returning. We can Reid it in the tea leaves. Andy is going to wave his fantasy RB wand again.