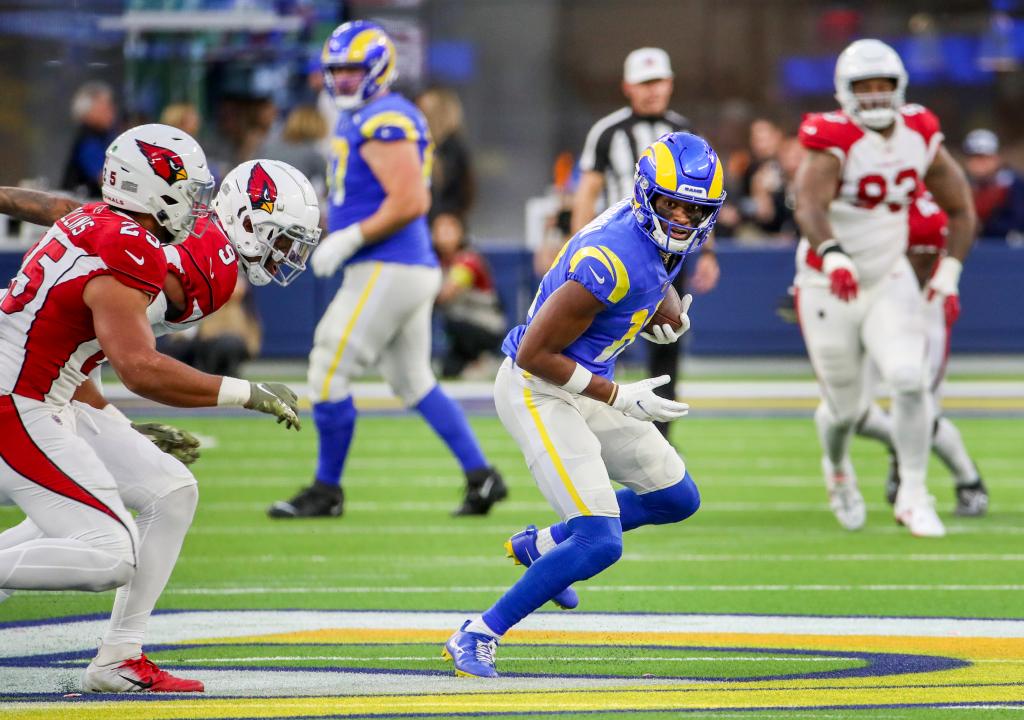 One of the keys to being a successful fantasy football player is understanding the in-season changes NFL teams make. Some are due to an array of injuries while others stem from things like coaching changes or adjustments in game-plan philosophy. In the case of the Los Angeles Rams, change has sprouted from injuries and now fantasy owners are tasked with learning the new target distribution among wideouts now that Cooper Kupp is sidelined and Matthew Stafford may be back in concussion protocol.

The quarterback situation is going to be difficult to navigate. Stafford is not yet in the league’s concussion protocol but a series of tests done on Monday and Tuesday should reveal an answer soon. If he is out, we would expect John Wolford to be under center, despite being inactive in Week 11 with a neck issue. Wolford seemed to sit for precautionary reasons as he took part in a full practice last Friday. We do not expect to see Bryce Perkins leading this team down the stretch.

Regardless of whether it is Stafford or Wolford quarterbacking the Rams in Week 12, some sorting is required to decide which Rams receivers we need to target. On Sunday, you saw Allen Robinson and Ben Skowronek on the field for nearly 85 percent of the snaps with Van Jefferson third with 73 percent. Fringe wideouts like Brandon Powell, Landon McCutcheon and Tutu Atwell saw 30 percent or fewer, and while Atwell found the end zone, your focus should remain on the aforementioned top-three. They accounted for 14 of the 17 targets that went to receivers.

Robinson will likely lead this team in snaps and targets moving forward and should be considered the top option in PPR formats. Jefferson clocks in as the No. 2 option with Skowronek third and both have seen important red-zone targets which helps increase their value. Recent reports from NFL Insider Adam Schefter confirm the hierarchy, so keep that in mind when heading to your waiver wire. In many leagues, all three might be available.

One caveat to keep in mind is that, while Robinson may be considered the team’s top receiver, Jefferson should have the strongest value for fantasy. Robinson has struggled to gain separation all year and will now see the opposition’s top cover corner. Jefferson should have more favorable matchups and should Wolford be the quarterback, the two of them have spent more time together on the practice field. It’s not often the No. 2 has the better value, but in this case, he does.

Howard Bender is the VP of operations and head of content at FantasyAlarm.com. Follow him on Twitter @rotobuzzguy and catch him on the award winning “Fantasy Alarm Radio Show” on the SiriusXM fantasy sports channel weekdays from 6-8 p.m. Go to FantasyAlarm.com for all your fantasy sports advice, player projections, injury up/dates and more.