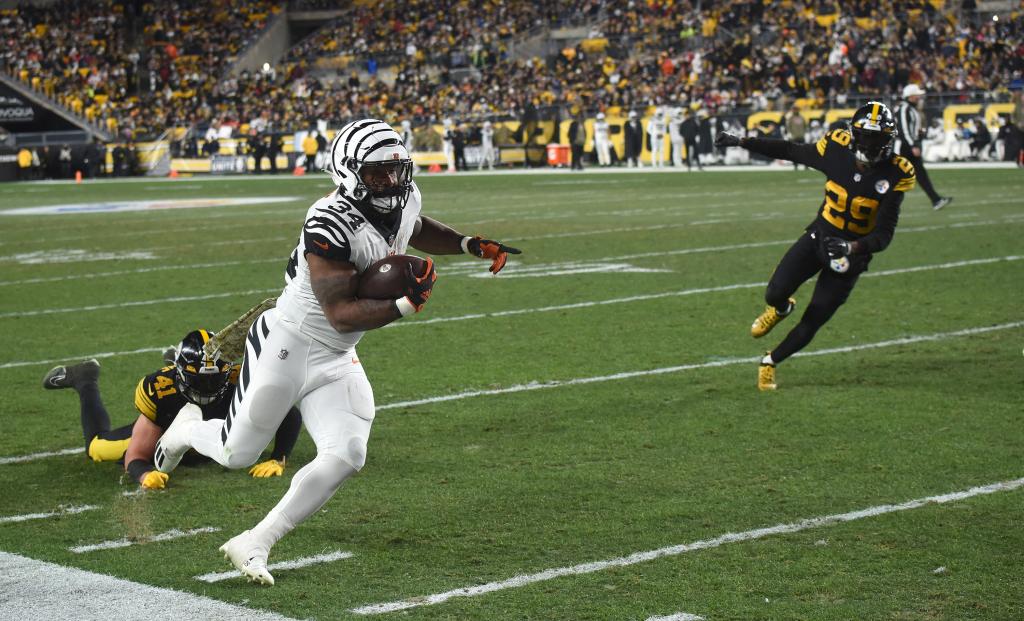 Quick hitters and waiver wire advice for a handful of notable players after Week 11 of the fantasy football season:

You might not know by waiver-claim time what the status is of starter Joe Mixon (concussion). If you have the roster space, Perine is worth a grab in case Mixon is out. Be aware, he is likely a one-week plug, at best.

Melvin Gordon was a thorn in the side of Javonte Williams, not so much for Murray anymore. Denver waived the fumble-prone Gordon on Monday. Acquire Murray for volume, not efficiency.

We’re not as bullish on a bump in the Titans’ passing game as we are with Baltimore. But if someone is to emerge, our bet is on Burks.

Next four games are tough matchups against Dallas, Washington, Philadelphia and Washington again. And now upside rookie Wan’Dale Robinson is done for the year.

Coming off two strong games and has nice matchup vs. the Lions in Week 12. Use that as ammo to try to trade him before your league’s deadline, before another TD skid hits (like the first eight games of the season).

J.K. Dobbins and/or Gus Edwards could return soon, so Drake’s window for fantasy success will not stay open.

He scored twice Sunday, so he will be on waiver radars at such a thin position. But unlike, say, Cole Kmet — who has benefited from a surge of offensive production — Hooper’s big week looks like more of an anomaly on offense that isn’t seeing a dramatic spike in overall production.

Giants vs. Cowboys: Three Under prop bets to consider

There is already ‘chatter’ about Broncos firing Nathaniel Hackett