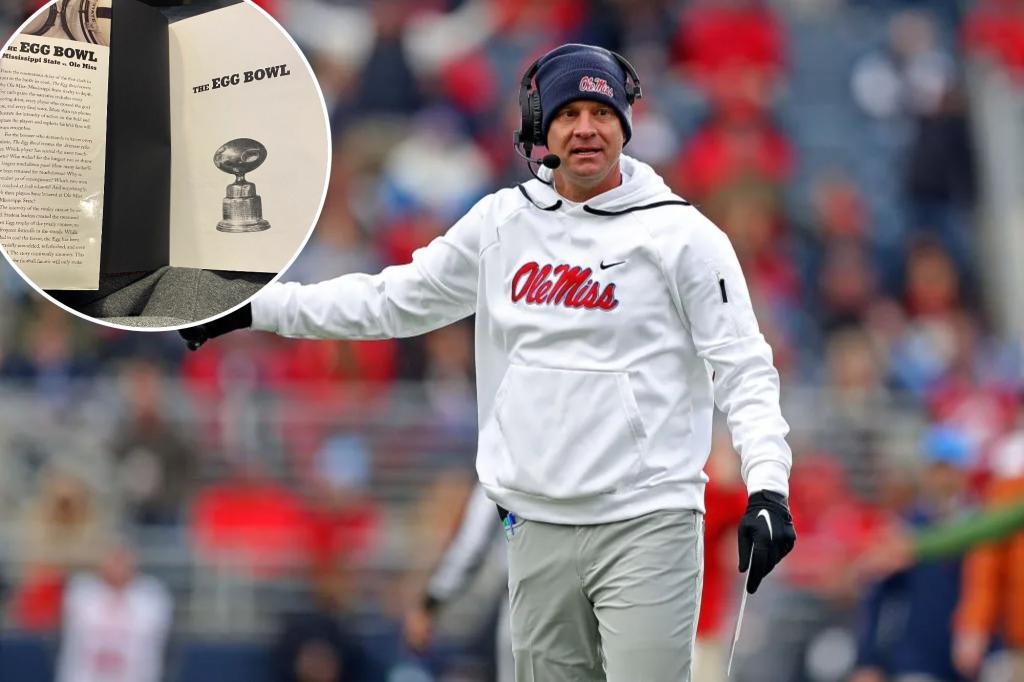 Lane Kiffin is a master troll.

As the internet is abuzz with a report that Kiffin will leave Ole Miss for Auburn later this week, Kiffin sent out a tweet of himself reading a book about the Egg Bowl — the in-state rivalry between Ole Miss and Mississippi State that annually takes place on Thanksgiving.

The tweet came within an hour of a report from Jon Sokoloff, the sports director at WCBI, a CBS affiliate in Mississippi, which said that Kiffin “plans to step down as the Rebels coach Friday and head to Auburn to become the Tigers next head coach, according to sources.”

Sokoloff’s report continued: “Sources say the Tigers haven’t officially offered the job to anyone yet. So Lane to Auburn is happening.”

Kiffin has had a whirlwind journey in the coaching ranks. Al Davis hired him as coach of the Oakland Raiders in 2007, when Kiffin was just 31. He then coached Tennessee for one season, in 2009, and departed that job for USC, where he was fired on the tarmac after a game during his fourth season.

Kiffin licked his wounds as offensive coordinator under Nick Saban at Alabama from 2014-16, then became head coach of Florida Atlantic for three seasons.

Ole Miss hired Kiffin in 2020, and he is 23-11 approaching the conclusion of his third season. The Rebels are 8-3 this year.