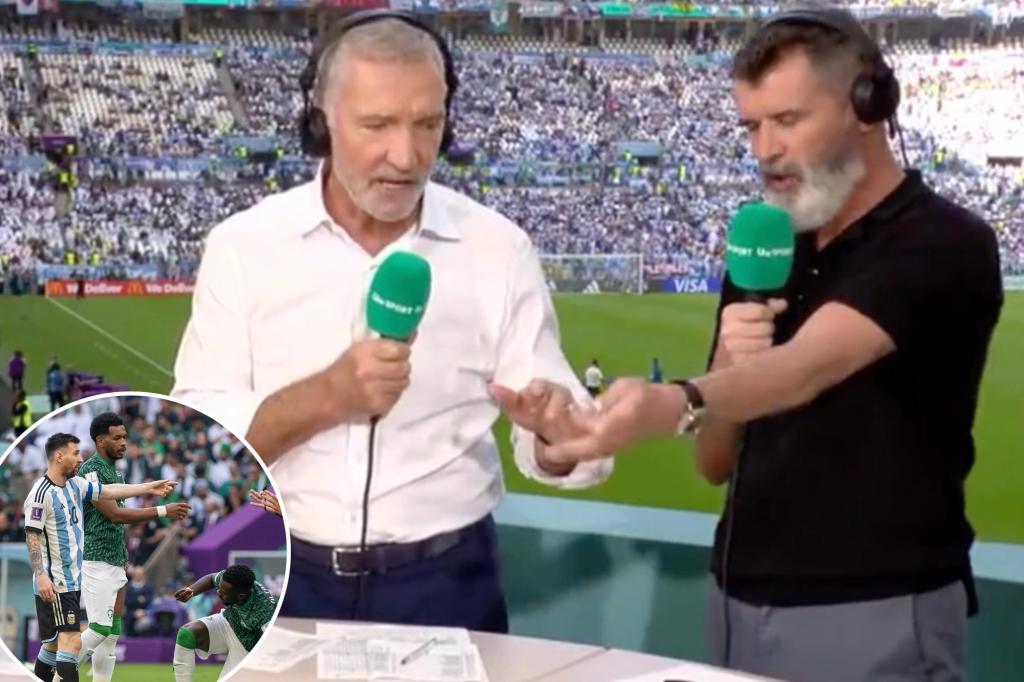 While discussing the game on ITV, the players-turned-analysts clashed after Argentina received an early penalty when midfielder Leandro Paredes appeared to get pulled to the ground by Saudi Arabia’s Mohamed Kanno.

Keane said he didn’t believe it was a penalty before ITV host Laura Woods signaled a replay of the incident.

Souness then chimed in, “He’s [the defender] not watching at the ball, Laura.”

Woods then explained, “The reason for giving this is because the referees and officials have been asked to look out for blocking and holding without looking at the ball, no intention of playing the ball. Is that what we see here Graeme?”

“Definitely,” Souness replied. “He doesn’t know where the ball is and he’s only interested in the Argentinian player. He doesn’t know when it’s been kicked, he’s not looking and I think that is a penalty for me.”

“No no no,” he said. “All this will do is encourage diving. He’s [Paredes] dragging him [the defender] down.”

Souness then fired back, stating Keane wasn’t listening to what Woods was saying.

“This is a directive from referees this is not about opinion this is a fact. The guy wasn’t looking at the ball,” Souness remarked, to which a seemingly frustrated Keane responded, “I heard exactly what she said… I’m here to give my opinion. That’s not a penalty.”

The pundits continued to go back and forth, cutting one another off.

Souness argued, “This is not about our opinions. It’s about the laws of the game. The interpretation of the new law is if you’re not looking at the ball it’s a penalty.”

Keane wouldn’t back down from his stance, repeatedly saying that he was rightfully stating his opinion.

Souness then dismissed Keane’s stance altogether and advised him to stop talking.

“I’ve heard you say it 10 times, let someone else speak. You’ll learn a lot more if you listen rather than talk all the time.”

Ohio State vs. Iowa prediction: Bet on Hawkeyes team Under

Stephen Strasburg not sure if he’ll ever pitch again: ‘Big question mark’