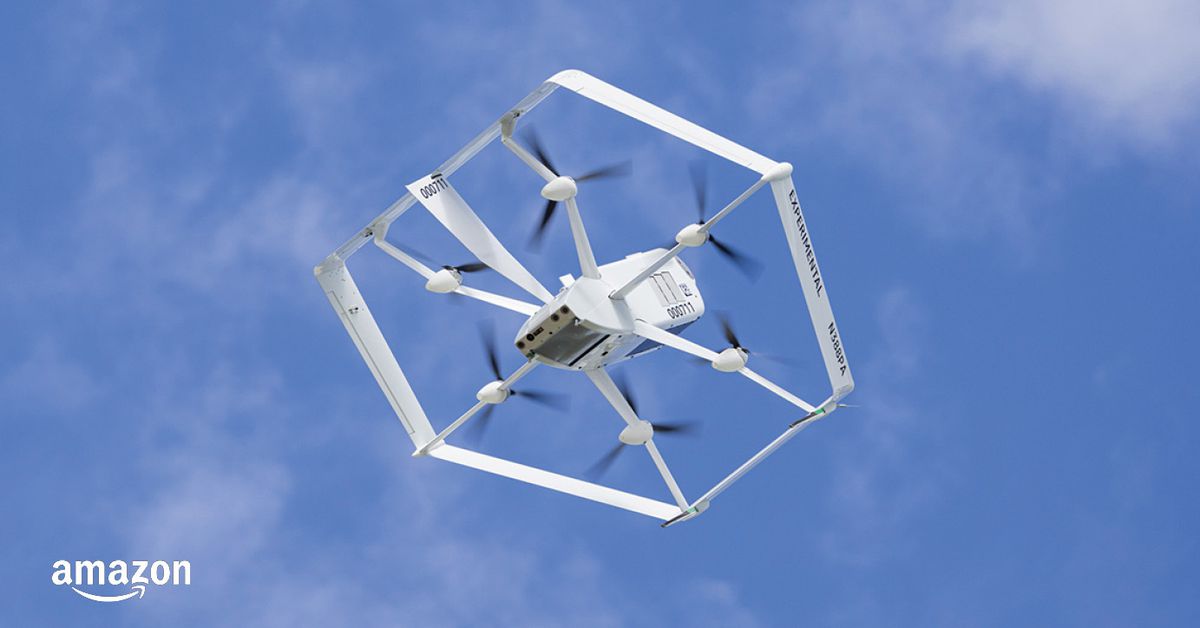 Amazon is taking steps to get its long-delayed drone delivery project off the ground. The company announced that it would launch its inaugural drone delivery service in the town of Lockeford, California, later this year after it receives the green light from the Federal Aviation Administration.

If the regulatory approval goes through, it will be a major milestone for Amazon, which has been promising some version of aerial package delivery for almost a decade. The company has had some major setbacks, including a handful of crashes, reports of alleged safety lapses, and high turnover. But today’s announcement indicates that Amazon is confident that it’s ready for primetime (no pun intended).

Amazon says that later this year, Lockeford residents will be the first to receive Prime delivery packages delivered to their backyards via drone. “Thousands” of items will be eligible for drone delivery — though Amazon doesn’t specify what type of items can be ordered. (Logically, there will be some sort of weight restrictions, as most drones can’t carry more than a few pounds of cargo.)

Amazon says that later this year, Lockeford residents will be the first to receive Prime delivery packages delivered to their backyards via drone

Amazon says it is also developing technology to improve obstacle avoidance, both on the ground and in the air. And it is working on enabling its drones to operate Beyond the Visual Line of Sight (BVLOS), which is a technical term that describes the operation of drones at distances outside the normal visible range of the pilot.

“We don’t comment on pending certification projects or discussions with companies,” Kiiva Williams, a spokesperson for the FAA, said in an email.

Former Amazon CEO Jeff Bezos first announced 30-minute drone deliveries in 2013. In 2019, the company previewed a redesign of its Prime Air delivery drone that has the ability to fly vertically and hinted at launching drone deliveries later that year — a promise that went unfulfilled.

The program has been beset by problems in recent years, including five crashes over the course of a four-month period at the company’s testing site in Pendleton, Oregon. Some former employees told reporters that the program felt rushed and that workers who raised safety concerns were being fired. Amazon argued that safety was a top priority.

Drone deliveries were supposed to revolutionize the movement of goods around cities, with companies like Amazon, Wing, and Uber promising to set up large-scale operations in the near future. Instead, the technology has mainly focused on small-scale experiments, delivering vaccines and blood to remote locations. In the US, drone delivery has generally been limited to smaller towns, where land usage is less crowded and complex.

The Apple TV 4K is available for its best price ever

Yes, inflation has come for tech products, too