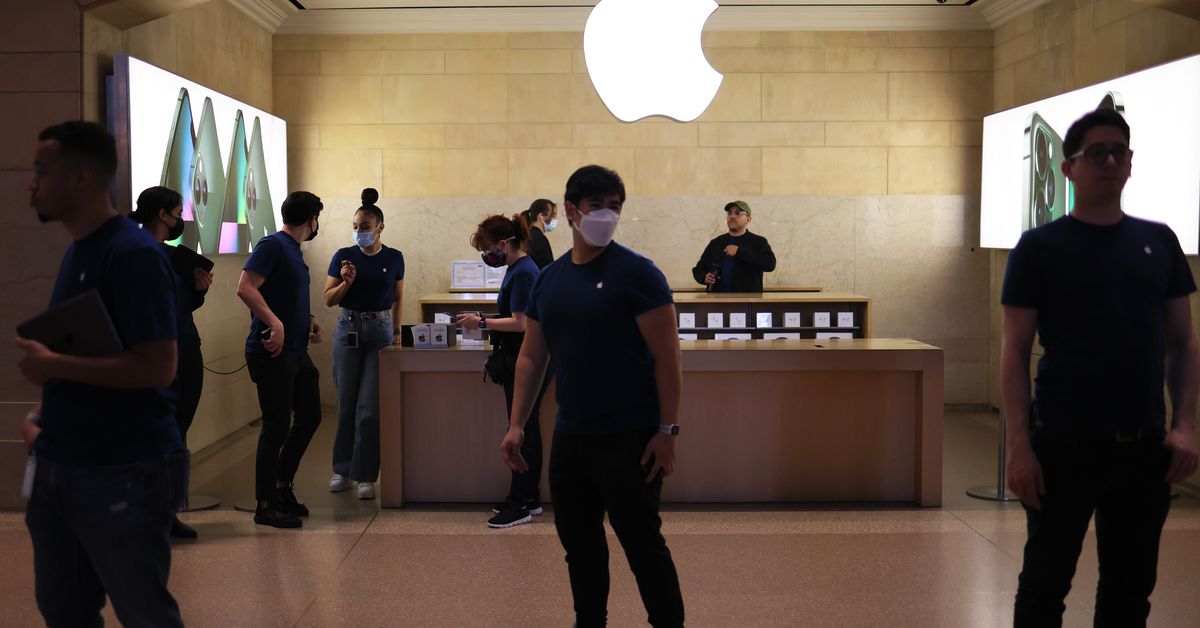 Apple retail workers at the Grand Central store in New York are unionizing with the Communications Workers of America (CWA) rather than Workers United as originally planned. The move is part of a broad organizing push at Apple retail stores across the country, where workers in Maryland, Georgia, and Kentucky have announced union campaigns. If any of the stores are successful, it will represent the first union of Apple employees in the United States.

In a press release, both unions framed the move as a positive step toward consolidating worker power across the country. “CWA has a national plan that will lead to density and collective power for Apple Retail workers,” said Lynne Fox, international president of Workers United. “It is counterproductive for Unions to go after ‘hot shops’ to the detriment of the collective good of the campaign.”

The move narrows the total number of national unions publicly working to organize Apple retail workers to two: CWA and the International Association of Machinists and Aerospace Workers (IAMAW), which is organizing workers at the Towson Town Center store in Maryland. Workers in Towson have filed for a union election, set to start on June 15th.

While not unheard of for multiple unions to represent workers at one company, the new strategy could help CWA push back at Apple’s anti-union tactics more effectively, workers say. “When we think about the next step in mobilizing our peers into power, we can only fight back the endless union busting and fear tactics on a larger scale,” said Anthony Viola, a member of the organizing committee in New York.

CWA is also representing workers at the Cumberland Mall store in Atlanta who filed for a union election on June 2nd. Less than a week before the vote was set to begin, CWA withdrew its bid, citing illegal union busting and an uptick in COVID-19 cases.

Still, the group has already filed unfair labor practice charges against Apple for holding captive audience meetings in connection with the Atlanta union drive. In April, the National Labor Relations Board ruled that such tactics are illegal.

“By joining forces with CWA, we intend to participate with countless other stores to achieve workers’ rights across Apple Retail in the U.S. and we believe we will succeed,” said Viola.

Oppo is bringing its Reno 8 midrange series to Europe

It’s the last chance to buy Vampire Survivors for just $2.99

Save 30 percent on a one-year subscription of HBO Max