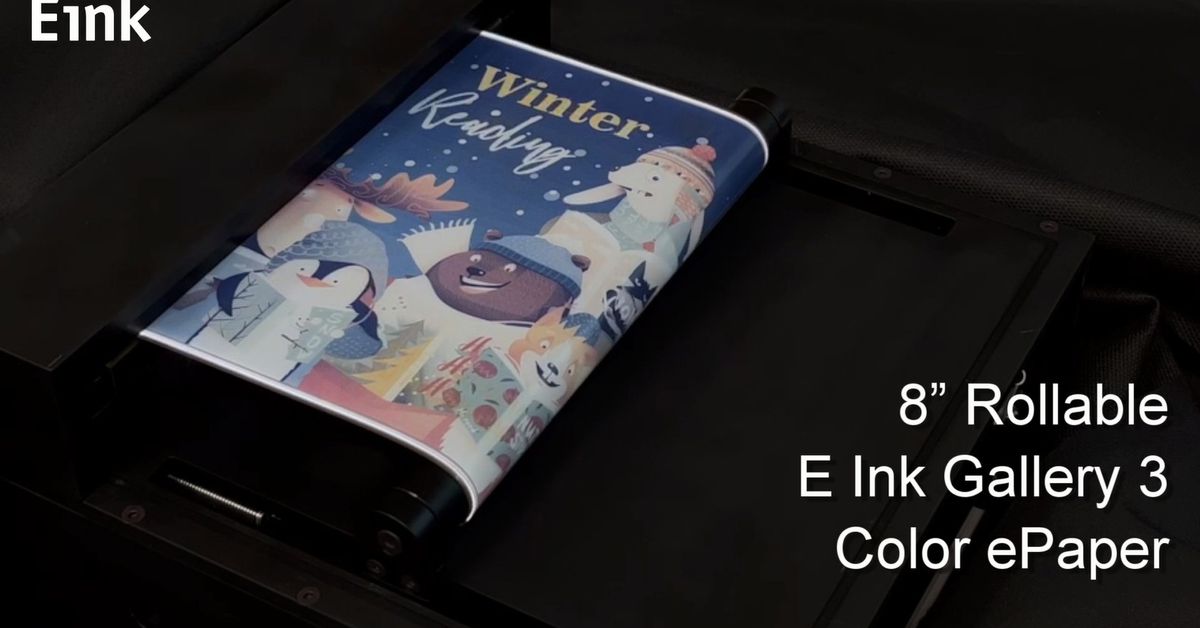 Apple is reportedly testing the use of a color display from E Ink as an external screen for an unannounced foldable device, according to noted analyst Ming-Chi Kuo. “The color EPD [Electronic Paper Display] has the potential to become a mainstream solution for foldable devices’ must-have cover/second screen thanks to its excellent power-saving,” the analyst wrote in a tweet. He adds that the E Ink display is also being tested in “tablet-like applications.”

Most tablet-style foldables on the market today pair a large folding inner display with a smaller outer display for quickly checking notifications. But existing devices like the Samsung Galaxy Z Fold 3 or the Oppo Find N use OLED panels for both. Apple’s use of an E Ink screen would almost certainly make for a less responsive outer display with fewer colors but, as Kuo notes, it could be far more power-efficient.

Although E Ink is best known for its monochrome displays that Amazon uses in its Kindles, the company also has a line of color screens. Most recently it announced E Ink Gallery 3, a new version of its color E Ink technology that’s capable of producing more colors at a higher resolution. It can also refresh far quicker than the company’s previous color screens, although it’s still nowhere near as responsive as an equivalent OLED or LCD panel. Promotional videos released by E Ink show how the display can be folded or rolled.

There have been persistent rumors that Apple is planning on joining the likes of Samsung and Huawei in releasing a foldable device. In 2021, reports emerged that Apple was prototyping folding displays internally, and as of April this year Kuo was predicting that Apple could release a device with a 9-inch foldable display in 2025 at the earliest. Bloomberg has also reported that Apple could have an additional device with a larger 20-inch foldable display in the works, though it wouldn’t be eligible for release before 2026. Kuo’s latest prediction doesn’t mention the size of the foldable equipped with an E Ink display.

Although Apple would be late to the foldable market, it has an ace up its sleeve in the form of iPadOS, its tablet operating system that boasts robust app support from third-party developers. In contrast, existing tablet-sized foldables from the likes of Samsung, Oppo, Huawei, and Honor have to rely on Android, whose apps offer inconsistent supported for large-screen devices (Google recently announced it’s hoping to change this).

Apple’s foldable device is likely still years away. But Kuo’s latest update offers an interesting prospect of where Apple might be heading.

The days of cheap music streaming may be numbered

Apple wants you to think you’ll die without its watch

Age of Empires is coming to a mobile device near you