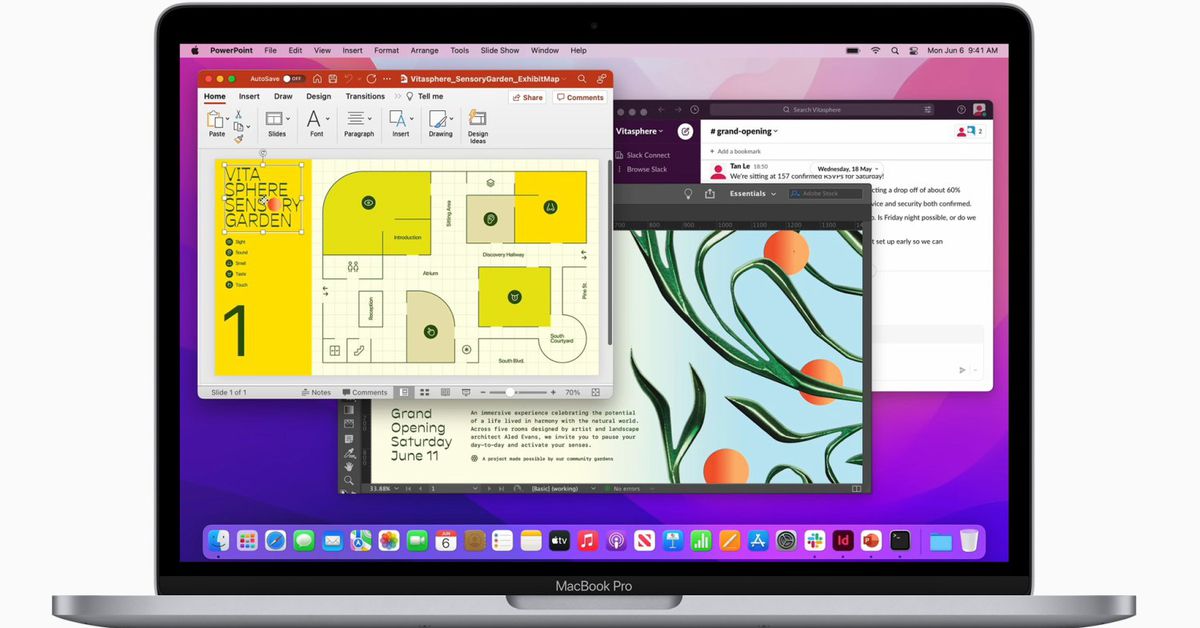 During its WWDC 2022 event last week, Apple revealed its M2 chip and the redesigned MacBook Air, which got most of the attention, though it won’t be the first laptop with the new CPU that you can buy. Apple will also offer the M2 inside the familiar frame of its still Touch Bar-equipped 13-inch Macbook Pro, which will be available for preorders starting this Friday, June 17th, before the new MacBook Air goes on sale in July.

We have a comparison chart ready so that you can reference this laptop’s capabilities versus the new Air as well as the 14- and 16-inch MacBook Pro laptops that were updated last year to offer M1 Max and M1 Ultra CPU options. Apple suggests active cooling, which the Air doesn’t have, as a reason to choose this model for people with particularly demanding workflows or who enjoy intense 3D gaming on their Mac.

Still, compared to the Air, the 13-inch MacBook Pro is starting at a higher price of $1,299 for a model with an eight-core M2 CPU with 10 GPU cores, 8GB of RAM, and a 256GB SSD, which makes it a tough one to recommend without MagSafe, 1080p webcam, or other design improvements. For an extra cost, you can choose up to 24GB of RAM (a $400 option) or up to a 2TB drive ($800), and Apple says it has a longer estimated battery life as well as Wi-Fi 6. However, the cheapest 14-inch MacBook Pro costs $1,999, so if the “Pro” capabilities and design are a must-have, then this is a cheaper option.

If this one is your choice, then you can order it this week and expect worldwide shipments to start June 24th.

What happens when your conception begins with deception?

How to capture text from a video on your Android phone

Apple settles lawsuit over its App Store moderation and power