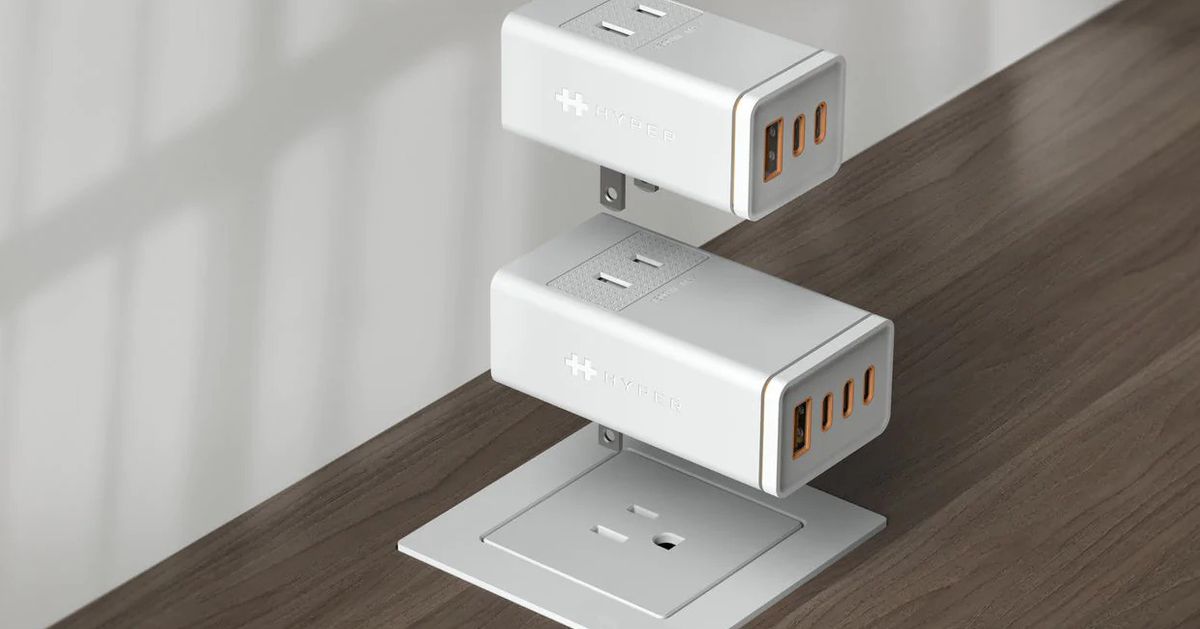 Did you buy one of Targus / Sanho / Hyper / HyperJuice’s nifty 100W or 65W USB-C chargers with stackable passthrough AC outlets that let you theoretically scale up to loads of powerful ports? I did — and today, I’m thinking twice about whether it belongs in my bedroom.

Yesterday, tipster Marc-Antoine Courteau brought it to our attention that some of these devices are failing and not always in a friendly “ports stop working” way. Numerous Kickstarter backers say their units are overheating to the degree they can melt their plastic housing. “I’m lucky I was sitting with it, smelled the melting plastic, and immediately took action,” wrote one backer named Scott.

So we asked Hyper’s PR team about it and were surprised by the company’s response. Hyper social media manager Ian Revling not only told us that Hyper’s chargers have an overheating issue — one the company’s known about for months! — but that Hyper quietly decided to remove the product from sale rather than issuing a recall or even telling customers about it.

Here’s the statement Revling sent us:

It unfortunately came to our attention that a handful of HyperJuice 65W and 100W Stackable GaN Charger units were malfunctioning around early spring.

After ample testing and reviewing the faulty units, our product team learned the overheating malfunctions were mainly due to the AC passthrough.

We immediately took action and prevented any further purchases for either unit from our website. They’ve been unavailable for purchase for the last several months now.

Our product team is currently working on a replacement that we’ll hopefully be launching in the fall to winter time frame.

We’ve encouraged any customer that’s having issues and within warranty to reach out to us and we’ll replace the unit with the most suitable alternative in our current lineup which is the 100W GaN USB-C Charger.

Problematic, right? If all this is true, why didn’t the company tell me months ago? I backed the charger, and I never got an email. And am I seriously supposed to keep using my 65W charger until it melts? Why isn’t Targus, the company that bought Hyper last May, issuing a formal recall?

But when I asked the company those questions, I got a callback from Hyper CEO Daniel Chin, who now says practically everything in the company’s original statement was wrong. He claims there’s no overheating issue and that Hyper never pulled the product from shelves to address the defect — but rather because of a parts shortage. (He admits they are redesigning the charger, but only to use a different part that’s no longer available.)

Chin says there was an issue with some early chargers where components were compressed too much during assembly and could short-circuit when you plugged them in — but he says it only affected the Kickstarter batch, only the 65W version of the charger, and that you’d know pretty quickly if your charger was busted.

“If you have this problem, your charger will fail within the first few times of usage,” says Chin. “If you’ve been using this charger all this while with no issues, you’re fine.”

“It’s not like the charger is exploding or catching fire”

Chin says the defect could indeed cause smoke when the short circuit protection burns out and that some forms of short circuit might also deform part of the plastic housing near the burned-out components. But he insists that the company uses a fireproof casing and it wouldn’t cause any further damage. “It’s not like the charger is exploding or catching fire,” says Chin. “The charger is designed to handle failures like this.”

What about the fact that many of those complaining on Kickstarter say they’ve got the 100W charger, not the 65W one, and that their chargers melted down after months or an entire year of use instead of right away? “It’s just part of the normal defect rate with any product. When you sell thousands or tens of thousands of product, there are bound to be some lemons out there.”

Chin tells me they’ve had zero reports of house fires and that the defect rate for these chargers is just 2 percent. “We’re not issuing a full recall because we’re not seeing a systemic failure,” he says.

It’s true that chargers from every company do fail on occasion, so it’s plausible that the people on Kickstarter are each experiencing flukes. I certainly haven’t had any overheating issues with my charger yet, and neither has my colleague Dan Seifert, who purchased the 100W model.

But I can’t wrap my head around the fact that the company’s PR sent us a statement that clearly stated this was not a fluke, the chargers were overheating, and that the company expressly removed them from sale to deal with the issue. How does that happen when statements like this often go through layers of approvals?

“Nobody approved this statement,” says Chin when I ask. “I guess the PR person was just too overeager in talking to The Verge.”

I’m still trying to decide whether I’m comfortable keeping the charger in my bedroom, where it’s been powering my phone (and Steam Deck) for months. If I decide not to, though, Chin says the company will have my back: “If for any reason you’re uncomfortable with the charger, we can exchange it for something else.” You’ll be able to exchange for the new 65W model when it’s available or a higher-rated one if you pay the difference, he says.

Chin also says Hyper will always exchange any defective unit, even if it’s purchased through Kickstarter with no warranty and even if it’s been over a year.

Gmail’s new look is about to appear for more people, even if they didn’t ask for it

Elon Musk could cut half of Twitter’s workforce

The security flaws that make Twitter’s insider threat so scary

Roku is adding sports directly to the homescreen