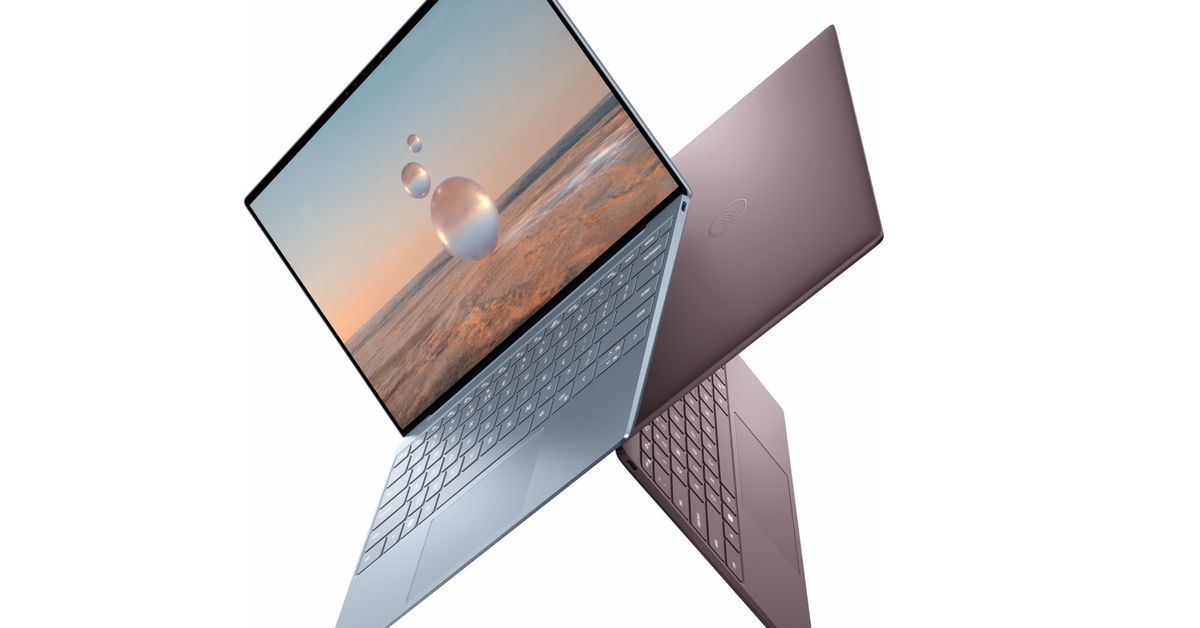 Dell’s new XPS 13 adds Alder Lake CPUs, but this is more than just a spec bump

Today Dell is launching the 2022 revision of its XPS 13 to include Intel’s latest 12th-gen Alder Lake CPUs that add more cores and a hybrid architecture setup, and says the new version is its thinnest and lightest 13-inch XPS ever. The new laptop is 13.9mm thick (0.55-inches) and weighs as little as 2.59 lbs, compared to its predecessor’s 14.80 mm (0.58-inches) and 2.64 lb starting weight for a non-touchscreen model. The new XPS 13 is available starting today in the US and Canada, starting at $999 with Windows 11 or $949 for an Ubuntu 20.04-equipped Developer Edition.

The flagship XPS 13 has gone from previewing the future of laptops when Dell introduced the InfinityEdge design with thin bezels in 2015, to kind of stale a few years later, and now, good enough to earn our review calling the last iteration “everything a Windows laptop should be” on its way to placements in multiple “Best PC laptops” lists.

To avoid accusations the line is becoming stale again, Dell is splitting wilder options out with the XPS 13 Plus that kicked off the year featuring a touch bar, flush keyboard, and slightly more powerful P-Series CPU options, as well as a new 2022 XPS 13 2-in-1 announced today that replaces the old thin and foldable design with a tablet + folio keyboard case.

On the outside, the new 9315 model has a similar look to the 11th-gen CPU-powered 9310 that debuted in 2020 before adding an OLED display option last year, but the differences should show up as soon as you open it. Dell says it “removed superfluous steps, reduced finishes and materials” on the new laptop that pulls back on contrasting interior to highlight the “curated and premium” CNC machined aluminum that’s now the star of the show both inside and out. It’s a look that’s familiar, but quite clean in either the sky (grey) or umber (brown) tinted aluminum finish, and hopefully, it maintains the sturdy design plus solid keyboard and trackpad we lauded in 2020.

More notable changes are inside, and address some of the weaknesses we called out on the 9310, with a bad webcam, speakers that lacked bass, and a keyboard that could get hot to the touch under load. The internal layout has been redesigned to include Dell’s smallest motherboard ever, which measures 1.8x smaller than the previous model, making room for larger speakers and other tech. The spec sheet mentions using that space for a larger battery, however, it lists the new model’s unit at 51 watt-hours, compared to the 9310’s 52. It also has a single fan design now instead of dual.

We’ll need to review the new model to see what its new chipset and design make of those changes, which could be an area for the new Alder Lake CPUs inside to shine. As we’ve explained before, this generation of Intel chips is better positioned to do battle with the competition from AMD, Apple, and everyone else by adopting a setup similar to many ARM-based CPUs, with more cores that are split up between ones built for performance or power efficiency.

As far as displays, there’s no new OLED-equipped version available now, with options of a 4K UHD+ (3840×2400) touch display, or FHD+ (1920 x 1200) in either tough or non-touch configurations. This year it includes support for WiFi 6E, however built-in 5G is reserved for the upcoming 2-in-1 version. The aluminum in the frame is low-carbon to reduce its carbon footprint, while this year’s model ships in new packaging made of “100 percent recycled or renewable content.”

The webcam is updated too, separating the infrared and RGB sensors in ways the company says will make you look better in low light. Whether or not that’s true, this model is also adding Dell’s ExpressSign-In tech that uses a proximity sensor in combination with the Windows Hello facial recognition-capable webcam to detect when you’re in front of the laptop and automatically log you in, as well as lock it when you walk away or dim the screen to save battery life while you’re looking at something else.

The new USB Rubber Ducky is more dangerous than ever

Why big tech companies are so quiet on abortion rights

Roku’s Streaming Stick 4K is selling for half off today