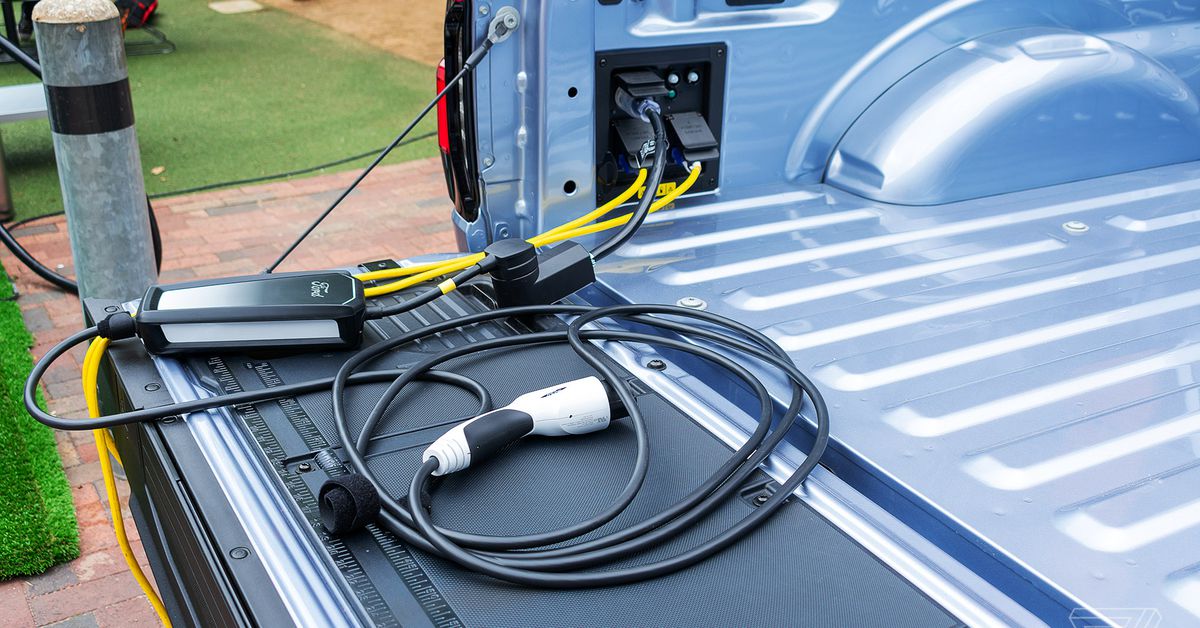 Ford has been vocal about the new F-150 Lightning’s bi-directional charging capability that enables owners to use the electric truck’s massive battery to charge other EVs. And, now, the company is apparently including a new accessory so these Good Samaritan truck owners can help out stranded Teslas.

A member of an online forum for new F-150 Lightning owners shared a photo of the new accessory, a J1772 Adapter for Tesla vehicles by an EV charging company called Lentz. The owner was surprised because the adapter was not listed among the standard accessories that would be provided with the new truck.

While most electric vehicles feature a standard J1772 charging connector, Tesla requires a proprietary connector that’s found at the company’s Supercharger network — though the company recently announced plans to open up its chargers to non-Tesla EVs.

“We can help all those poor dead Teslas”

F-150 Lightning owners were positively gleeful about the notion of rescuing stranded Tesla vehicles. “We can help all those poor dead Teslas,” the original poster wrote. Another forum member said they would add a bumper sticker to their truck that read, “Tesla Rescue Squad.”

Since its debut a year ago, Ford has been loudly trumpeting the F-150 Lightning’s Pro Power Onboard generator feature. All variants of the truck can put out up to 2.4 kilowatts from a variety of outlets in the frunk, cabin, and bed. As an added option for certain trims, the capability increases to 9.6 kilowatts. The higher-output version includes a 240-volt, 30-amp outlet in the bed that can be used for a variety of higher-draw needs, including charging another EV at 7.2 kilowatts.

A Ford spokesperson was coy about the unexpected inclusion of the Tesla adapters, declining to even mention the EV company by name in an email. “F-150 Lightning can charge other EVs using its bi-directional charging capability and we’re shipping our first Lightnings with adaptors so F-150 Lightning customers can lend a hand if needed,” the spokesperson said.

Honor of Kings to get a global release

The O․MG Elite cable is a scarily stealthy hacker tool

The best Black Friday deals you can get at Best Buy