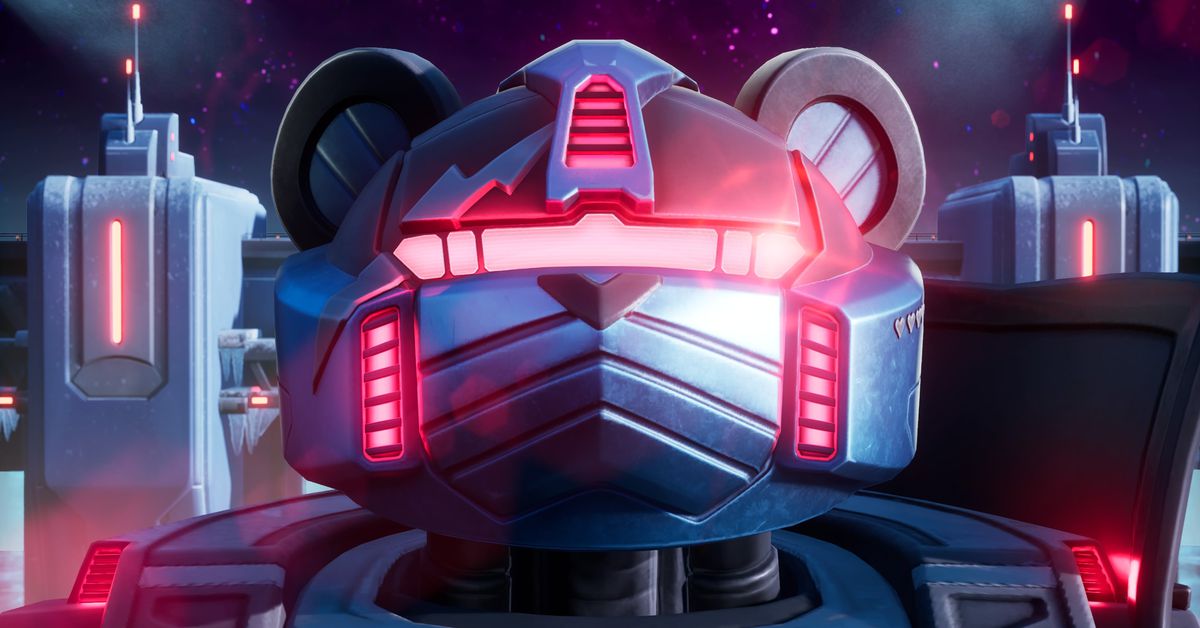 A huge battle took place today in Fortnite’s most recent live event — which featured a gigantic mech, as well as some hints for what to expect from the game’s next season. If you missed the rollercoaster-like experience, you can check out what went down in the video above.

Before the event kicked off properly, players were transported to what appeared to be a frosted-over space station, where they could kill time by using huge guns to clear away an array of asteroids that circled the station while listening to characters like Agent Jones and The Origin bicker over a loudspeaker. They were then given a mission: stop a powerful weapon that could wipe out all life on the island.

It turns out, that space station actually housed a giant mech (one that looks oddly familiar), which made its way to the island to fight off the invading forces. Players didn’t pilot the mech itself, but instead took control of turrets to destroy tanks, blimps, and other armed forces. The early stages of the event played out a lot like a hectic arcade game, albeit one with some beautiful cutscenes interspersed amongst the action, as well as the occasional quick-time event to do things like heal the mech or whip out a giant laser sword.

Eventually, the mech went down, leading to an on-foot infiltration where Jones led players through a series of battles centered around the mysterious Zero Point, which has been a focal point of Fortnite lore for years. This led to a confrontation with Doctor Slone — who has seemingly turned into the game’s main antagonist — before the mech eventually saved the day. The event ended with Jones and The Foundation — a character voiced by Dwayne Johnson — jumping into the Zero Point for… well, it’s unclear what exactly happened.

For now, players will have to wait to find out what’s next: Fortnite is currently down ahead of its next season. But there are a few hints at what to expect. At one point during the live event, Darth Vader made a brief appearance while fighting Obi-Wan, and the current “to be continued…” loading screen shows off what appears to be a forest filled with bioluminescent plants. Fortnite developer Epic, meanwhile, is currently streaming that loading screen with some very chill music.

Today’s event was just the latest in what has become a core part of the Fortnite experience. The one-time-only live events began with a rocket launch in 2018, and since then have included everything from a battle with Galactus to an alien invasion to an all-consuming black hole. The game’s current chapter began with such an event, when the entire battle royale island flipped over last December.

Fortnite’s next season — Chapter 3: Season 3 — is expected to kick off tomorrow.

Morbius gets resurrected by memes, flops on first day back in theaters

Diablo IV will bring the blood waves in 2023