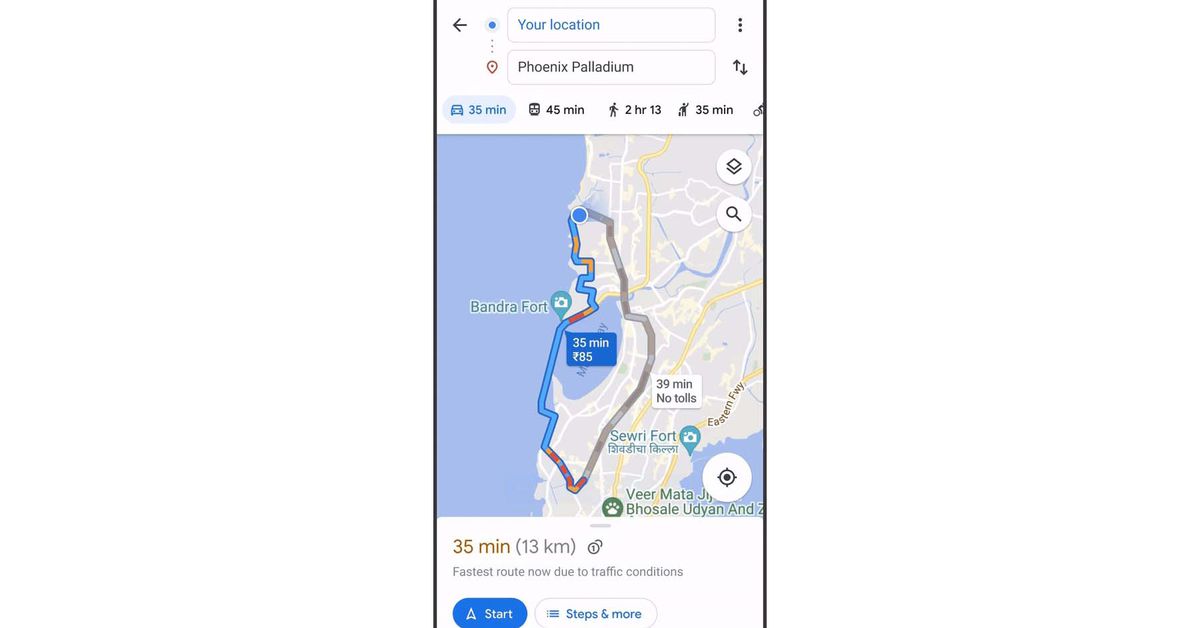 A new Google Maps feature that estimates the amount you’ll have to pay in tolls to drive a given route has started appearing in the Android and iOS apps, according to Google. Android Police reports seeing the new toll pricing in the app, though it’s not yet visible on a pair of devices we’ve tried along the same route. The toll feature was first announced by Google in April.

Google says that displayed toll pricing is based on “trusted information from local tolling authorities,” and takes toll passes and time of day into account when calculating the total cost. There’s also still a toggle to “avoid tolls” when calculating routes. Google Maps has previously been able to alert you when a toll is payable overall on a journey, but not calculate what that toll might amount to.

For the planner friend: this new feature is for you.

Now when you’re planning trips big and small, you can check estimated toll prices before you pick a route—and spend what you save on road snacks. pic.twitter.com/Lfy8s2TXQU

According to Google, the feature is available for “nearly 2000” toll roads in the US, India, Japan and Indonesia for its iOS and Android apps. It says it plans to add support in more countries “soon.”

Uber, DoorDash will deliver Paxlovid from Walgreens for free to vulnerable neighborhoods

This is the design of Sonos’ upcoming Sub Mini

How YouTube broke up with PewDiePie (then got back together again)