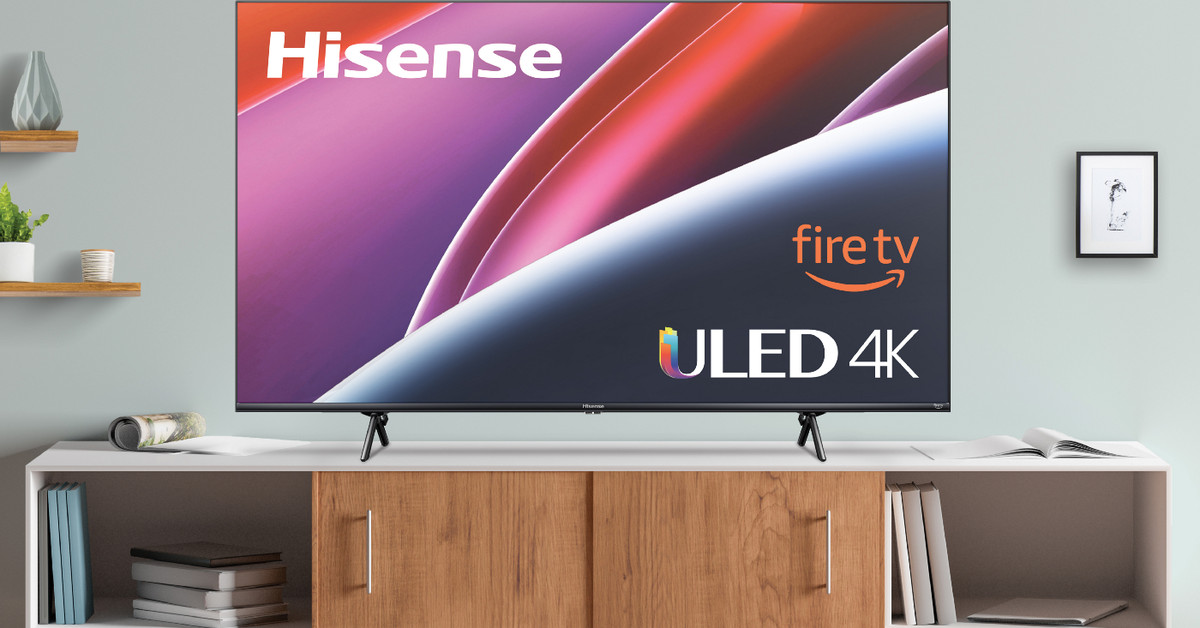 With Fire TV built-in, you can expect everything that typically comes with Amazon’s Fire OS, including a lineup of streaming apps and an Alexa-enabled voice remote, allowing you to call on the smart assistant to control volume, playback, and TV power, as well as search for something to watch. You can also use Alexa to control any compatible smart devices around your home.

Outside of Google, Hisense has partnered with Roku to create TVs in the past. In 2020, a report from Protocol revealed that Google bars its partners from making devices that use a forked version of Android, such as Fire TV. Google reportedly told manufacturers that it would revoke their software licenses on all the Android devices they make — not just TVs — as a consequence of partnering with Amazon.

Hisense’s foray into Fire TVs may mean that Google has changed its restrictive licensing policies at the same time regulatory pressure on anticompetitive policies is increasing. We’ll likely know if that’s the case if we start seeing other Google TV partners lining up to make Fire TVs. In January, Hisense announced an entire line of Google TVs, and some have already started shipping. The Verge reached out to Google to see if or when it changed its policies but didn’t immediately hear back.

How to set up Emergency SOS on your smartwatch

SwitchBot’s latest robot is built for your blinds