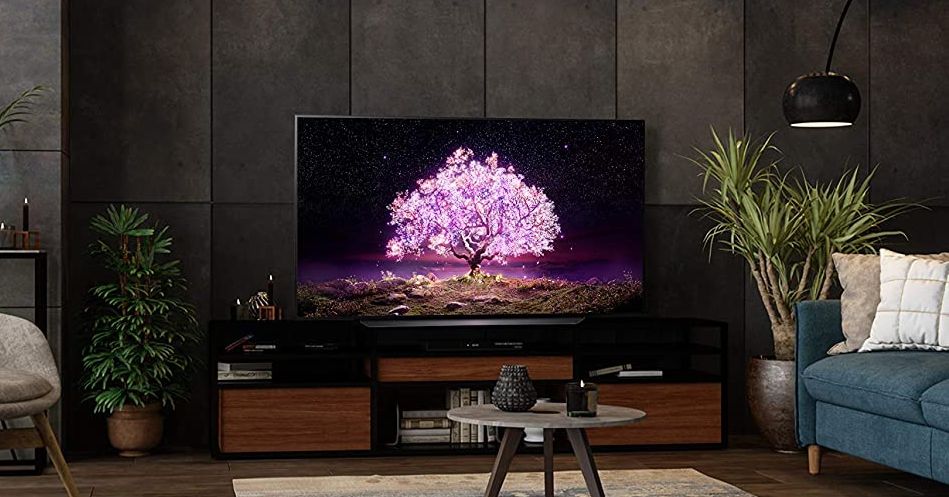 Our inaugural deals post this week is full of amazing deals, many of which are currently matching their best prices to date. Both the 65-inch and 77-inch models of LG’s C1 OLED are on sale for their lowest prices ever at Amazon, for instance, with the 65-inch panel going for $1,596.99 instead of $2,499.99. Other sizes are available for a discount as well, but you’ll want to direct your attention to either the 65- or 77-inch models for the best value.

While we’ve never reviewed the C1, several staff members own the 2021 model and can’t seem to shut up about it — not just because it offers excellent visual fidelity but also because of its list of excellent, gamer-centric features. In addition to 4K resolution and support for Dolby Vision — which allows for a spectacular depth of color — the C1 has a “Game Optimizer” feature that allows you to switch between Nvidia G-Sync and AMD FreeSync, technology that provides an ultra-smooth image for its 120Hz refresh rate. Pair that with the panel’s 1ms response time, and you’ve got one of the best TVs for gaming available today.

The C1 also has a number of excellent quality of life features baked in, including support for Google Assistant and Amazon Alexa voice assistants, HDMI 2.1, and Apple’s AirPlay 2. In total, the LG C1 features four HDMI ports, with a single eARC port, three USB ports, and a single optical audio connection.

An OLED TV loaded with features, including support for 4K resolution, a 120Hz refresh rate, and Nvidia G-Sync and AMD FreeSync.

Right now, you can get a free Samsung Galaxy Watch 4 when you buy an unlocked 128GB Samsung S22 Ultra for $949.51 at Amazon. The Galaxy Watch 4 typically goes for $230, and the 128GB version of the S22 Ultra is usually $1,199.99. The S22 has been subject to some fairly substantial discounts since its debut, but the addition of a Galaxy Watch 4 makes this the best value we’ve seen on this phone to date.

The S22 Ultra is the largest phone Samsung has offered since its Note series (RIP). The phone’s massive, 6.8-inch screen has a resolution of 1440 x 3088 and is powered by a speedy Snapdragon 8 Gen 1 processor, which provides excellent responsiveness and performance. The expansive display also comes with Samsung’s S Pen, a stylus that conveniently docks within the chassis of the phone, and an impressive camera array that consists of a 108MP standard shooter, a 10MP telephoto, and a 12MP ultrawide. There is also a 40MP front-facing camera for snapping selfies.

Our biggest gripe — aside from the lackluster night mode for selfies — is the battery, which struggled to make it through the day without needing to be topped off. However, despite its drawbacks, we still consider the S22 Ultra to be an excellent phone and certainly worth a look when a free smartwatch is thrown into the mix.

Note that the model of the Galaxy Watch 4 on offer here features a 44mm face and is the Bluetooth-only configuration of this watch as opposed to the LTE-enabled version. Our consensus on this wearable was a bit mixed, namely due to its reliance on the Samsung ecosystem of apps, but it remains one of the best smartwatches available thanks to its snappy performance and robust health-tracking capabilities. Read our reviews of the S22 Ultra and Galaxy Watch 4.

The featherweight, 256GB configuration of the M1 MacBook Air is currently on sale at Best Buy for just $899.99 ($100 off). This is one of the lowest prices we’ve seen for this $999.99 laptop since January, making it an ideal pick for anyone that’s already thinking about the new school year. While there are certainly newer and more powerful Apple laptops available, the current discount makes the aging Air worth considering.

This 13-inch laptop has a 2560 x 1600 Retina display, and while it may lack a touchscreen, it’s still equipped with Apple’s True Tone technology, which adjusts the color temperature of the screen based on your current lighting environment. In addition to the speedy M1 CPU, which allows the Air to run Intel-based apps in addition to those native to macOS, the Air also includes 8GB of RAM and a 256GB SSD. The M1 CPU helps extend the Air’s battery life, too, allowing it to operate for up to 18 hours on a single charge.

The slim profile of the MacBook Air only allows for a pair of USB-C ports, but they are both Thunderbolt 4-compatible, which allows the laptop to pair with a dock for additional connectivity. The 720p webcam definitely leaves a bit to be desired, but otherwise, the M1 MacBook Air remains a solid laptop, especially for the college-bound grad. Read our review.

The MacBook Air is Apple’s entry-level laptop, which comes outfitted with the company’s new M1 chip and in one of three different colors (silver, space gray, and gold).

Normally $99.99, the Logitech MX Master 3 wireless mouse is currently on sale in either black or gray at Office Depot for $74.99, the lowest price we’ve seen for the productivity-first peripheral. In addition to the typical button layout, the Master 3 has a pair of buttons situated under the thumb that can be used for navigating your browser history, a lateral scroll wheel, and a sneaky button hidden in the thumb rest that can be mapped to any function using Logitech’s software. The chassis has a grippy, ergonomic design and a scroll wheel that, frankly, is worth the cost of admission alone. You can also toggle the wheel to move in steps or spin freely, allowing you to quickly scroll through large walls of text.

The sensor used in the Master 3 has a maximum of 4K DPI, and while it won’t be anyone’s first choice for gaming, it still offers precise tracking and allows the battery to stretch to up to a remarkable 70 days on a single charge. The mouse is also compatible with Windows or macOS and can pair with devices either through 2.4Ghz wireless or Bluetooth. The only real drawback here is that the mouse is made strictly for right-handed users (sorry, southpaws).

The Logitech MX Master 3 Advanced is a Bluetooth wireless laser mouse designed for efficiency. It has seven buttons, an electromagnetic wheel for fast scrolling, and is compatible with Windows and macOS. Dell is offering a $40 digital gift card with the purchase.

The excellent Blue Yeti microphone is currently discounted in silver to its lowest price ever at Amazon. Now going for $79.99 instead of $129.99, this well-rounded mic is oft-considered a staple for streamers, podcasters, and anyone who doesn’t like sounding like they’re underwater during Zoom meetings.

This capsule-shaped microphone can be adjusted to a variety of pickup patterns using the onboard controls, which allow you to fine-tune gain and volume. The Yeti is also equipped with a sturdy stand and a handy mute button featured front and center, just in case you’re suddenly interrupted by something you don’t want to broadcast on the internet.

The mic is compatible with both Windows and macOS and connects with devices using a Mini USB cable, which allows you to make adjustments through its proprietary Blue VO!CE software. The bottom of the mic has a 3.5mm audio output, too, if you want to attach monitor headphones, so you can know how you sound to the rest of the world.

The Blue Yeti is a tried-and-true USB mic. The well-built device is incredibly easy to use and features onboard controls for simple operation, ensuring you can capture studio-quality sound in your bedroom or home office with ease.

A few more deals to round out your Monday…