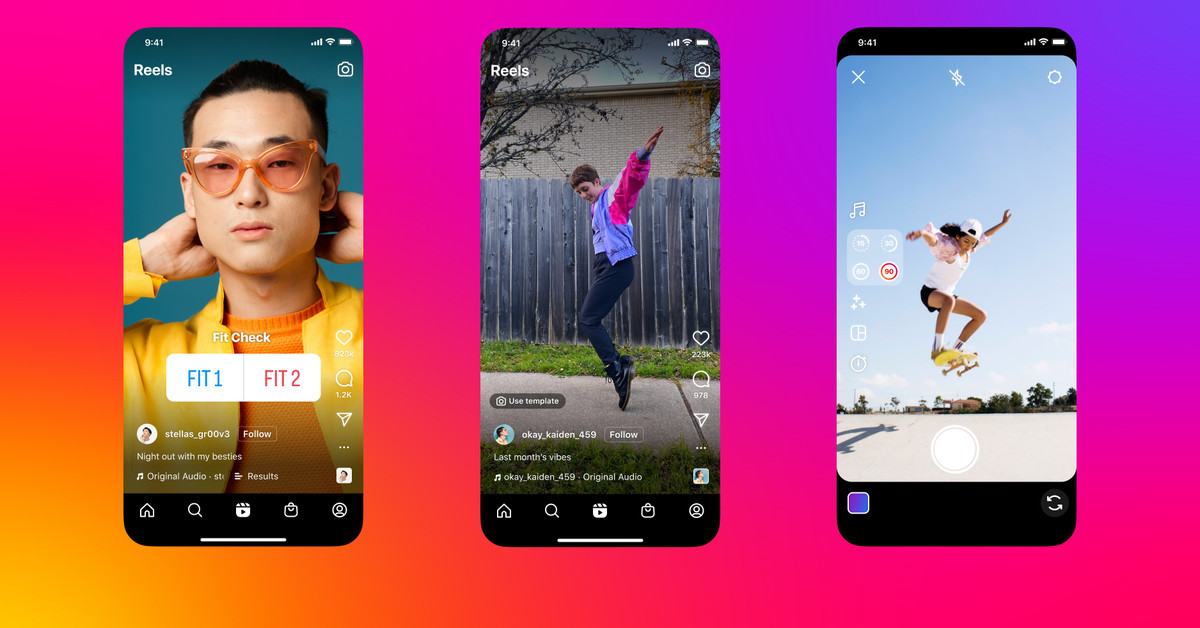 In a blog post on Thursday, Meta said that it’s globally rolling out new creator tools for its TikTok competitor, Reels, on both Instagram and Facebook. The handful of new tools will make it easier for creators to skip using TikTok to edit short clips and help encourage people to create original content using Reels, which is something the team at Instagram really wants to happen.

Instagram Reels will now let users import their own audio (that’s at least five seconds long) from their camera roll to their reel video. Reels also now supports 90-second videos, and it is adding interactive “stickers” that support polls, quizzes, and emoji — much like Instagram Stories. Instagram is also widely releasing templates that let users easily replicate the same pattern of another reel they’ve seen, which can speed up the pace of meme styles that spread virally.

After launching in February on Facebook’s iOS and Android apps, Facebook Reels is now available from the PC desktop with tools available in the site’s “Creator Studio” for users to create and edit videos from a comfy chair. The Creator Studio will also make it easier to test different formats, according to Meta.

Creators will also be able to cut clips from livestreams into a 60-second clip format. In addition to now being available on desktop, Facebook Reels has a couple of new audio tools, including voiceovers for videos and a feature called SoundSync that will automatically sync videos to the beat of a song of someone’s choosing. Facebook Reels is also supporting text-to-speech within posted videos.

Meta’s speedy rollout of features that mimic TikTok is unsurprising. The company is actively trying to revamp a platform that Instagram CEO Adam Mosseri called no longer a “square photo-sharing app.” But it was apparent soon after Reels first became available on Instagram in 2020 that some work was needed to build a true competitor. Recently, Instagram began testing NFT support in the app, a full-screen Instagram feed, and even began testing the removal of its recent tab from hashtag content searches.

T-Mobile is now doing voice over 5G, ahead of most network operators