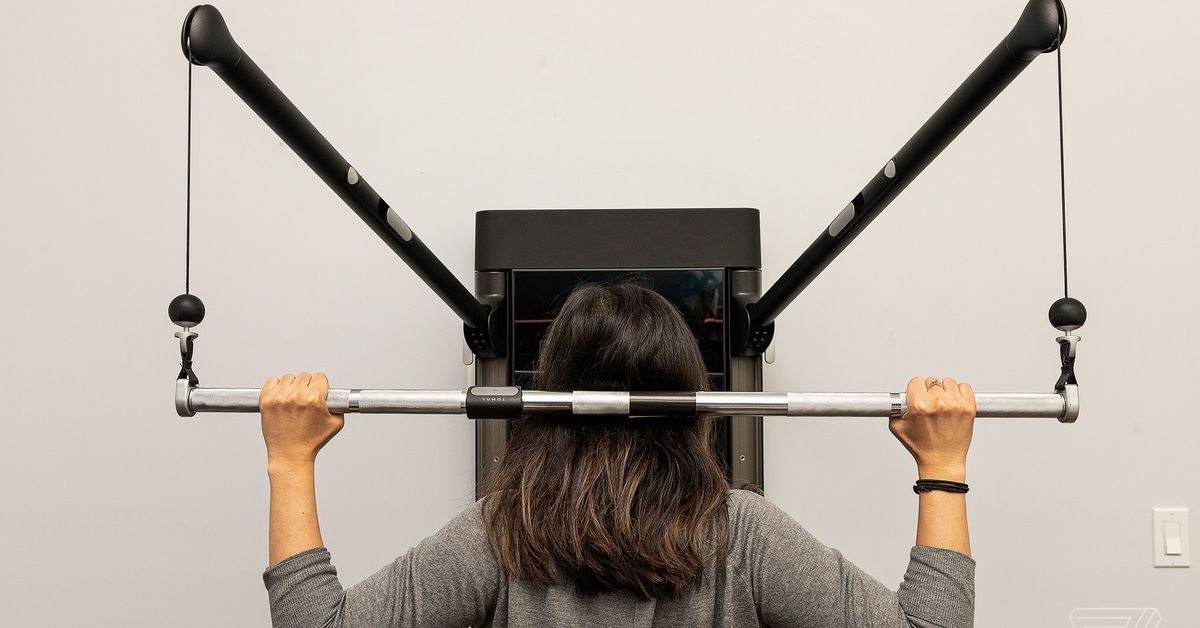 While hardware is a big part of connected fitness, so are the classes. The highly produced sessions led by engaging instructors can make — or break — a product, especially if there isn’t enough of a library to justify a device’s subscription. On that front, Tonal announced today that it’s opening a New York studio to expand its live class offerings and adding five new coaches to its lineup.

Tonal is one of the major players in the connected fitness industry with a valuation of roughly $1.6 billion. Its $3,000 strength training system is backed by several professional athletes, including Maria Sharapova, Mike Tyson, and Drew Brees. But when The Verge initially reviewed the device in 2020, the classes were underwhelming. There was no live content and the class library was a tad thin as strength training benefits from repeating the same workouts over and over again. That’s why it was intriguing to see the company introduce Tonal Live in September. Tonal Live was the company’s answer to growing demand for live classes — a feature that was also one of Peloton’s claims to fame. That’s why expanding it further is a bold statement at a time when Peloton’s unfolding misfortunes have raised questions about the business of running a successful connected fitness brand.

The New York studio will be based in Hell’s Kitchen in Manhattan. Up until now, Tonal’s studios were exclusively on the West Coast. According to Tonal CEO Aly Orady, the move is aimed at bringing more content to users on the other side of the country.

“We always knew with the announcement to go live that would lead us to a New York studio,” Orady told The Verge, noting that about a third of Tonal’s member base is located on the East Coast.

In total, Tonal will now offer 32 live classes weekly and 24 encore classes. Live classes will be held between 7AM ET and 8:30PM ET and will be available on-demand within 48 hours. All of the new coaches will also be based in New York City and will offer a range of specialties outside of lifting weights, including HIIT, boxing, and yoga. The coaches will also go beyond Tonal’s existing programs to include nutrition, balance, and mental health content. Unlike Peloton’s studios, which are set to reopen to the public later this summer, Orady says Tonal users won’t be able to take classes in person alongside instructors.

Running these studios, however, is no small task. While you only see the instructor on screen, there’s a small army of people working behind the scenes. On a recent tour of Peloton’s new Manhattan studio, I saw firsthand how filming a live class necessitated several stage hands, rehearsal blocking, a director, and multiple cameras capturing every possible angle. Connected fitness is also an expensive category in general, especially if you’re also producing a high-tech piece of proprietary equipment. For users, that often means pricey monthly subscriptions in addition to costly devices. In Tonal’s case, members have to pay a $49 monthly subscription in addition to its $3,000 machine. A good deal of that money, according to Orady, goes back into producing more content.

“Believe it or not, the content part of our business is the most profitable part,” Orady says, adding he believes this is likely true for most connected fitness brands. A big library of good, varied content is also key to growing a following.

“Believe it or not, the content part of our business is the most profitable part.”

While Orady declined to give concrete numbers, he says that Tonal’s member base has tripled within the last year. But for fitness tech involving hardware, that rapid growth comes with its own set of problems. Tonal currently has an order backlog of roughly three weeks, and, at one point, Orady says customers were waiting around 14–16 weeks.

It’s a story that sounds strikingly similar to Peloton’s during the peak of the pandemic. At that time, Peloton struggled to fulfill orders, leaving customers frustrated. It then ramped up its production efforts but failed to anticipate demand tapering off once folks ventured out of their homes after the vaccine became more widely available. That miscalculation left Peloton with too much inventory — and it’s one reason behind Peloton’s current financial woes.

“We haven’t been in that situation. What we’ve seen is sustained demand,” says Orady when asked whether supply chain issues have affected Tonal’s business. “I think the sector has certainly been challenged and I think a lot of eyes are on really big public players. But for us, as a smaller private company, we’re operating by different rules.”

That may be true for now. However, it remains to be seen how Tonal will reconcile expensive hardware and expensive to produce content with increased competition in the space. While the company was early to strength training, other connected fitness rivals have begun to expand into the modality. Earlier this year, Peloton launched the Guide, a camera-based strength training system that costs a “mere” $495 and can easily fit in small spaces. Tempo also launched the Move, another $495 smart gym that includes smart dumbbells and iPhone-based tracking to give form feedback. There’s also Mirror and a small army of Mirror copycats.

Tonal’s decision to invest in a new studio — along with Peloton’s recent decisions to experiment with subscription prices and reopen its studios to the public — indicates that two of the biggest players in connected fitness seem to think hardware isn’t where the future of this space lies. Content is king.

Elden Ring and many other games are buy two, get one free at Amazon and Target

Save 20 percent on iFixit iPhone and Pixel DIY repair kits