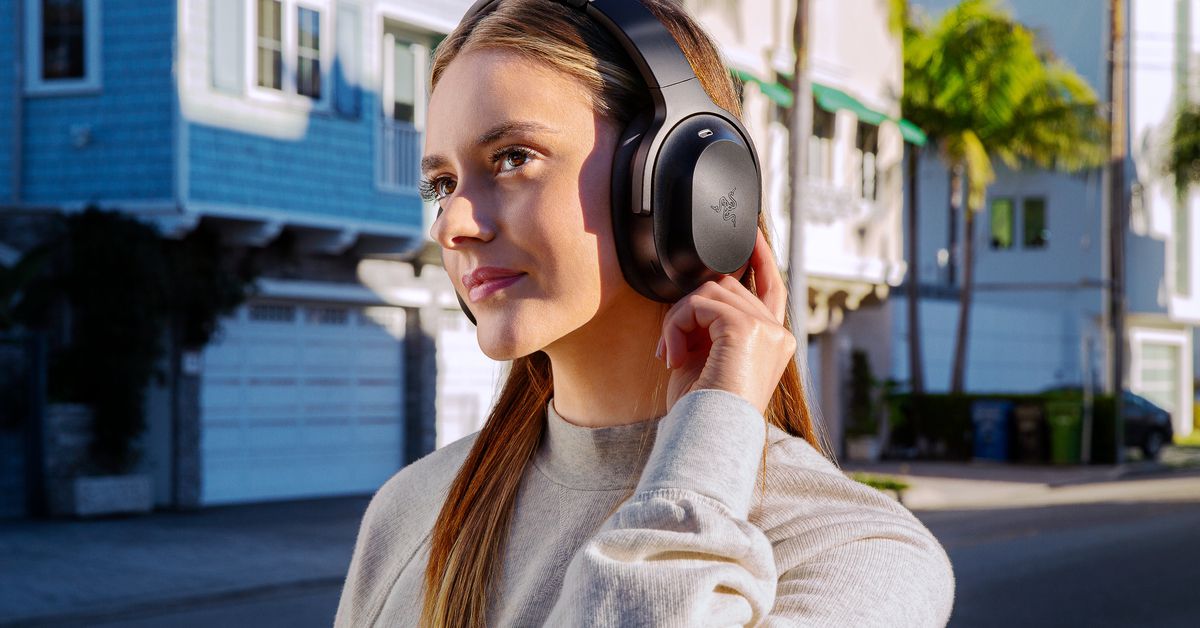 Building on the Barracuda X gaming headset it released in 2021, Razer has added two options to the lineup with the new Barracuda and the Barracuda Pro that focus both on dual wireless connectivity (2.4GHz via a USB-C dongle and Bluetooth) and providing excellent sound quality. The Pro sit at the top of the lineup, available starting today for $249.99, and what sets them apart from the midrange $159.99 Barracuda (along with the $99.99 Barracuda X) are a few things: active noise cancellation, plush leatherette ear pads (compared to a more breathable woven fabric), and a built-in THX Achromatic audio amplifier to deliver more powerful, accurate sound.

Both of these new models feature bigger 50mm drivers (the Barracuda X and several other Razer headsets boast 40mm drivers), and instead of having a detachable boom mic, there are beamforming microphones that offer noise cancellation. Razer is hyping its SmartSwitch Dual Wireless feature in these new models, which it says can connect to two devices at once, and you can switch between them with a double-tap of its dedicated button as needed. Personally, I prefer when a headset can play audio from two wireless connections simultaneously, like SteelSeries’ brilliant new Arctis Nova Pro Wireless, but Razer’s solution (while not necessarily unique) should be great if it works well.

While Razer has earned its spot among the greats with its gaming headsets, it still has a lot to prove when it comes to winning over Bose, Beats, or Sony loyalists in the high-end headphones space. I was pleasantly surprised by its 2020 Razer Opus headphones, which offered good build quality and surprisingly good sound for the price. Razer seems to have put even more work into the Barracuda Pro. It opted for bio-cellulose drivers, which the company says can “reduces harmonic distortion.” And, with bigger drivers, a dedicated amplifier, and what seem like better controls, I’m looking forward to diving in for a full review to see if they’re worth the money.

Is TikTok’s time running out?

How to turn your Mac desktop folder icons into emoji