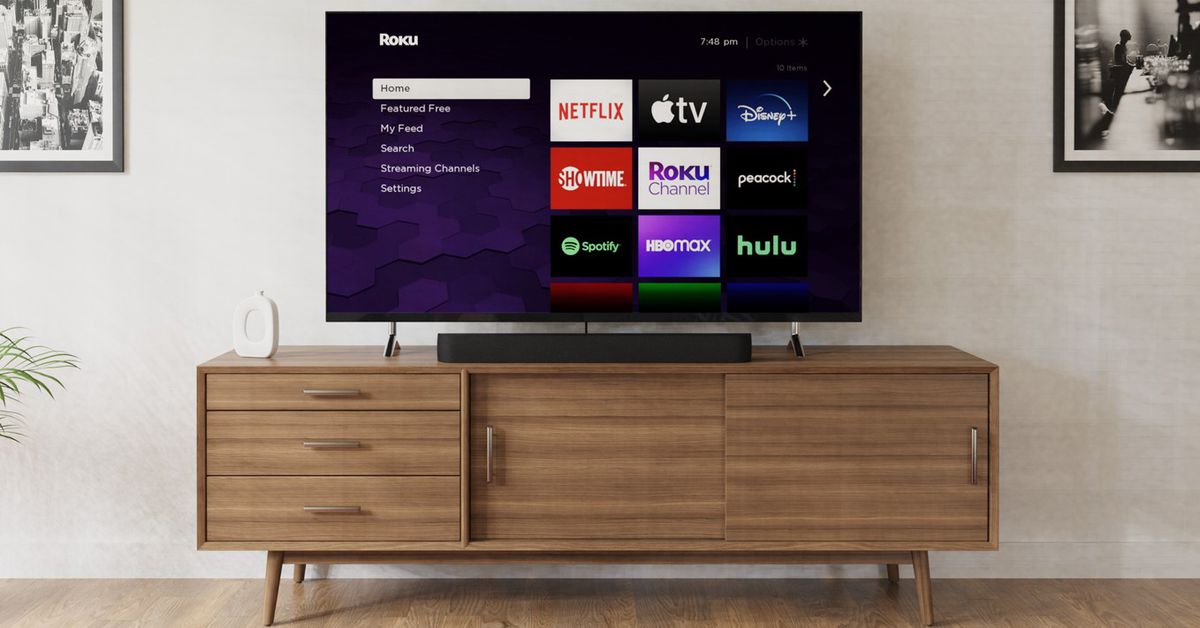 Roku’s capable Streambars are down to their lowest prices

While these soundbars have some differences, each comes with the Roku OS baked in and 4K HDR playback, meaning they function as competent streaming devices, not just soundbars, and are an excellent way to consolidate devices in your living room. They certainly aren’t the largest or most powerful soundbars on the market, but considering that a Roku Streaming Stick typically goes for $49.99, you’ll have a tough time finding a better soundbar with these features for less than $100.

Both the models are wall-mountable and can hook up to your display of choice through an HDMI ARC port or by optical audio. It’s also worth mentioning that both models play well with Google Assistant and Alexa voice assistants with the mic built into the included remote.

The key area that sets their prices apart is performance. The standard model of the Streambar uses four 1.9-inch speakers, which is sufficient for smaller rooms but may struggle to fill a larger space. If you need something with a little more power, the Streambar Pro uses four 2.5-inch speakers, and its more capable hardware allows for virtual surround sound support. The Roku ecosystem is also compatible with Roku’s wireless satellite speakers and subwoofers (each sold separately) if you find the sound still lacking.

The Roku Streambar is a 14-inch soundbar that has a 4K / HDR streaming device inside of it, so you don’t need to purchase a separate set-top box. This provides audio as well as the content that you might want to watch via HDMI to your TV.

The 44mm configuration of the Apple Watch SE normally costs $309 but is currently on something of a fire sale at Walmart for $209. The GPS and Wi-Fi-ready model of this smartwatch incorporates many of the Apple Watch Series 6’s features but at a more affordable price point. Note that this particular discount only applies to the silver aluminum watch that includes a blue sport band, but you can always swap out the band later.

The SE largely does what you’d expect from an Apple-branded smartwatch. It’s capable of delivering notifications, using Apple Pay for contactless payments, and keeping track of fitness stats in addition to several other useful functions. But, to keep a more accessible price point, the SE cuts some of the features included in the Series 6 and Series 7, including an always-on display as well as ECG and blood oxygen monitoring. While it may lack those higher-end features, the SE handles the basics remarkably well. Read our review.

Apple’s midrange wearable, the Apple Watch SE, serves as a step up from the Series 3, with features and a design similar to more recent flagships.

For today only, Best Buy has discounted the Gigabyte Aero 16. This configuration typically costs $2,349.99 but is currently on sale for $1,599.99. All of the specs that I’m about to spell out are really impressive given today’s price. It has a 16-inch display with a 3840 x 2400 resolution (16:10 aspect ratio). Some of the other highlights of this build include an Intel Core i7-12700H CPU and an Nvidia RTX 3070 Ti graphics card that allows this laptop to easily hurdle the recommended specs on most modern games. These robust specs are supplemented by 16GB of RAM and a 1TB SSD.

This sale helps to soften one of the biggest pain points we initially had with the Aero 16, which is its price. However, it’s important to note that despite its impressive power and display, its battery can’t last too long away from an outlet, and the fans can get loud when under a heavy load. Read our review.

This configuration of Gigabyte’s 16-inch Aero laptop includes a 12-gen Intel Core i7 processor and an RTX 3070 Ti for solid gaming performance.

Some deals to give you some space

Who wants a 360-degree view of their pet?

How a Pomodoro timer app helped me regain my focus