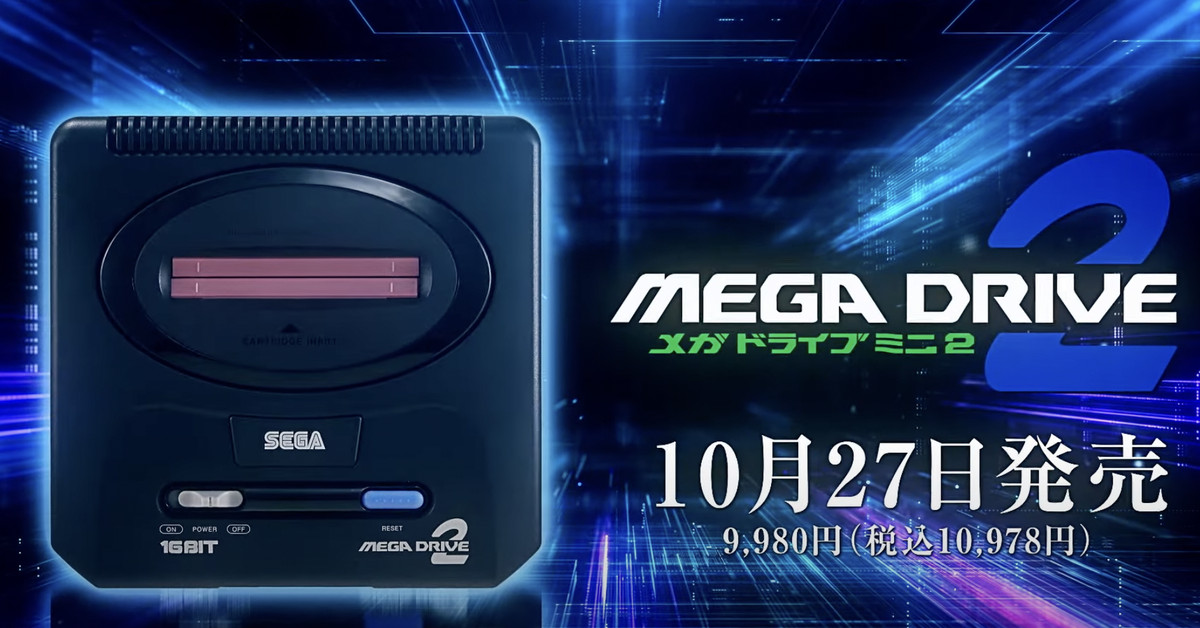 It looks like the mini console trend isn’t over quite yet. Sega has announced a sequel to its miniature Mega Drive (otherwise known as the Sega Genesis), and this one will feature both cartridge games and titles from the Mega CD add-on. In total, the tiny console will feature 50 built-in games, including the likes of Silpheed, Shining Force CD, Sonic the Hedgehog CD, Virtua Racing, and Shining in the Darkness.

Unfortunately, as of now the device has only been announced for Japan; it’s expected to launch on October 27th for 9,980 yen (about $75).

Miniature retro consoles were all the rage a few years ago, following the blockbuster success of the NES mini in 2016. Nintendo followed that up with a tiny SNES, and Sony made a less-than-stellar take on the original PlayStation. However, while Sega was a bit late to the game, it released arguably the best mini console to date with its previous Mega Drive / Genesis in 2019.

Tesla’s ‘phantom braking’ problem is getting worse, and the US government has questions

The iPod is dead, but the podcast lives on