Home > Tech > Steam Deck rivals OneXPlayer, Aya, and GPD are planning their revenge with AMD’s 6800U 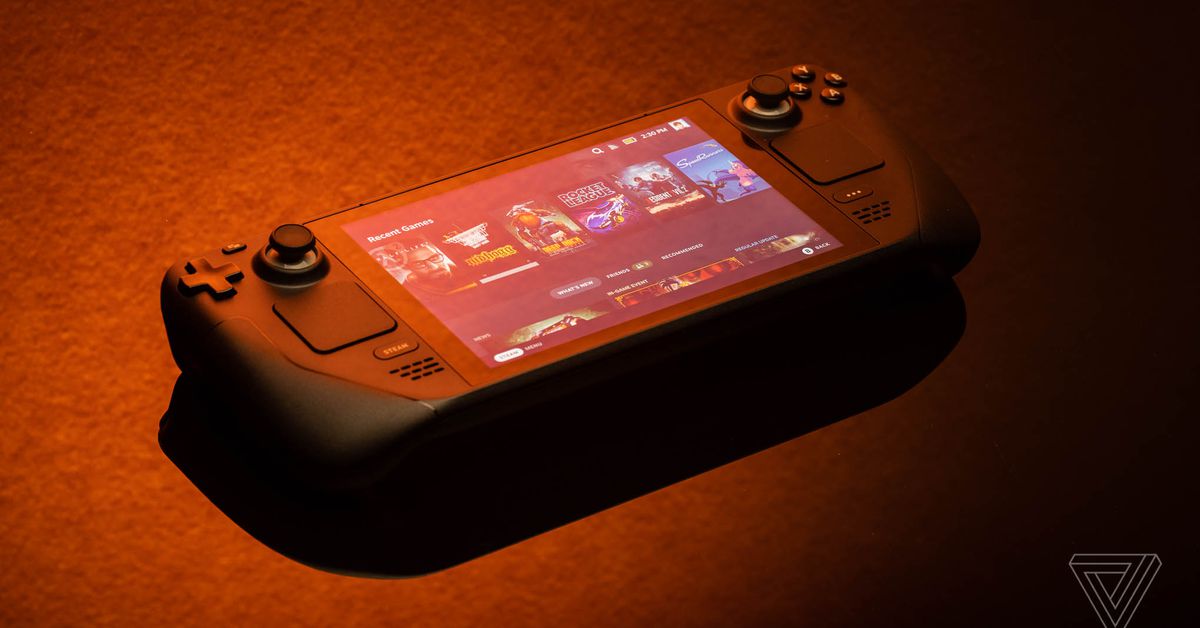 Steam Deck rivals OneXPlayer, Aya, and GPD are planning their revenge with AMD’s 6800U

That’s because all of the Steam Deck’s chief rivals — GPD, Aya, and OneXPlayer — have now confirmed they’re building handhelds around AMD’s Ryzen 6000U chips. And the 6800U, with its integrated Radeon 680M graphics, reportedly has the potential to squash the semi-custom Aerith SoC at the heart of the Steam Deck.

OneXPlayer founder and CEO Jack Wong confirmed to me in a live translated interview that the company’s R&D team is already working with the 6000U chips. Meanwhile, GPD announced a new 10.1-inch Win Max 2 clamshell with a Ryzen 7 6800U in March, and YouTuber Cary Golomb just revealed that GPD already has a supply of the 6800U chips it needs.

Since this has been posted on the GPD Discord, seems like it’s okay to share now. GPD has them a fresh supply of 6800U.

GPD Win Max 2 6800U test machines should be ready by June!

Unreal and I never would have thought this possible so soon! pic.twitter.com/kVrdwn866g

And last week, Aya announced not one but two portables based on the 6800U, including the Aya Neo 2 and an Aya Neo Slide with a Motorola Droid-esque design that fits a five-row staggered keyboard underneath a sliding screen.

As my colleague Emma Roth pointed out in that post, the Radeon 680M can push out 3.38 teraflops of raw graphical performance, more than double the 1.6 teraflops of the Steam Deck on paper, and has 12 RDNA 2 compute units compared to the 8 CUs you get with Deck — plus a faster Zen 3 Plus architecture for its CPU.

Will that pan out in actual games, and will the laptop chip offer better (or even decent) battery life in a portable? That’s a harder question, and GPD, for instance, is trying to make it render at 1920 x 1200 instead of the Steam Deck’s 1280 x 800, which could nix any framerate advantage right away.

But thanks to Notebookcheck, we do already have some early performance numbers for the 6800U and 680M graphics in a real laptop, and they’re absolutely promising — and, at least when paired with a faster processor, they can rival a discrete graphics chip like the GeForce 1650, it seems. You can even find some videos of those integrated graphics in action here, though note that’s with the Ryzen 7 6800H, not the 6800U, and far less thermally constrained than you’d see in a handheld.

Performance is just one of the things the Steam Deck does well enough to grab gamers’ attention, of course — but the biggest problem for companies like GPD, Aya, and OneXPlayer is that the Steam Deck has been cheaper and more powerful than anything they could produce. Their handhelds typically cost two to three times the price of an entry-level Steam Deck, and they didn’t have access to AMD’s newer RDNA 2 graphics, only the older and weaker Vega.

OneXPlayer founder Wong tells me the Steam Deck hasn’t completely been a problem for his company till now, though, but rather a double-edged sword. “They bring public attention to the field of portable gaming,” he said via translator. “We had quite a niche audience before, but now more and more people are getting to know us and that there are more options.”

Wong says his company has grown to 100 people and has already sold 50,000 of the handheld gaming PCs in North America — and it’s growing faster than the company’s previous other One Netbook business, which has managed to sell approximately the same amount. The company also has a big audience in Japan and China, Wong says, and his strategy won’t be to compete with the Steam Deck on price. Like rivals, he says he wants to build the best portable PCs possible.

Microsoft is testing Android 12.1 and other improvements for Windows 11

Elizabeth Holmes has been sentenced to over 11 years in prison