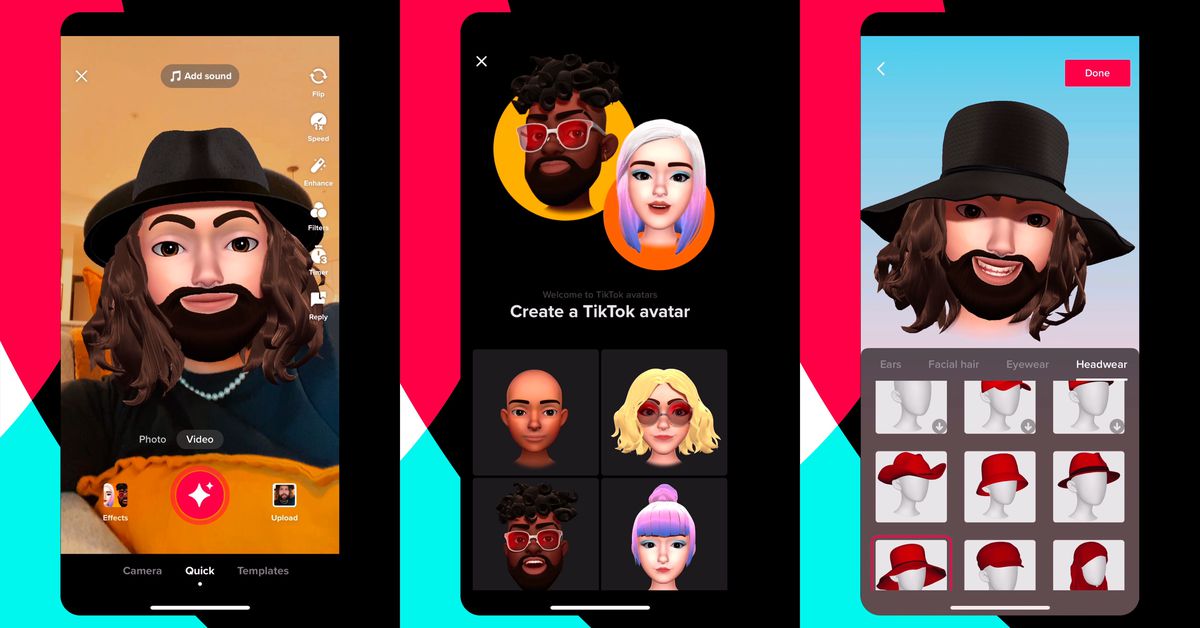 TikTok is launching a new feature that lets users turn themselves into custom animated avatars in the style of Apple’s Memoji, Snapchat’s Bitmoji, and Meta’s Avatars.

The feature is rolling out globally today and is accessible from the app’s camera alongside TikTok’s various other effects. To use the feature on yourself, open the app, flip the camera to selfie mode, tap effects, and select the avatar effect. You can then either use a preset look or hit “new” to create a custom avatar. This lets you customize your avatar’s face shape, skin tone, hairstyle, and accessories, including makeup and piercings. You can then record a video with the avatar following your movements and facial expressions.

TikTok says it wants to make the feature as inclusive as possible and will continue to “improve and innovate to make sure the experience is truly representative of all who are on TikTok.” News of the feature first leaked earlier this year.

It’s interesting that so many social media platforms have now embraced custom avatars as a way for people to communicate without the pressure of doing so “in person.” But while Snapchat and iMessage use Bitmoji and Memoji to communicate with people you know (mostly), TikTok’s avatars have the potential to be used by pseudonymous content creators. This is a trend that’s already taken off on YouTube with VTubers and could certainly be embraced on a platform like TikTok. Users can even combine their custom avatars with TikTok’s preexisting voice effects for further anonymity.

Now you can approve your kids' Screen Time requests from Messages

The Year of the NFT

The execs behind the MoviePass debacle are now facing criminal charges

How to run the FPS Benchmark for CS:GO