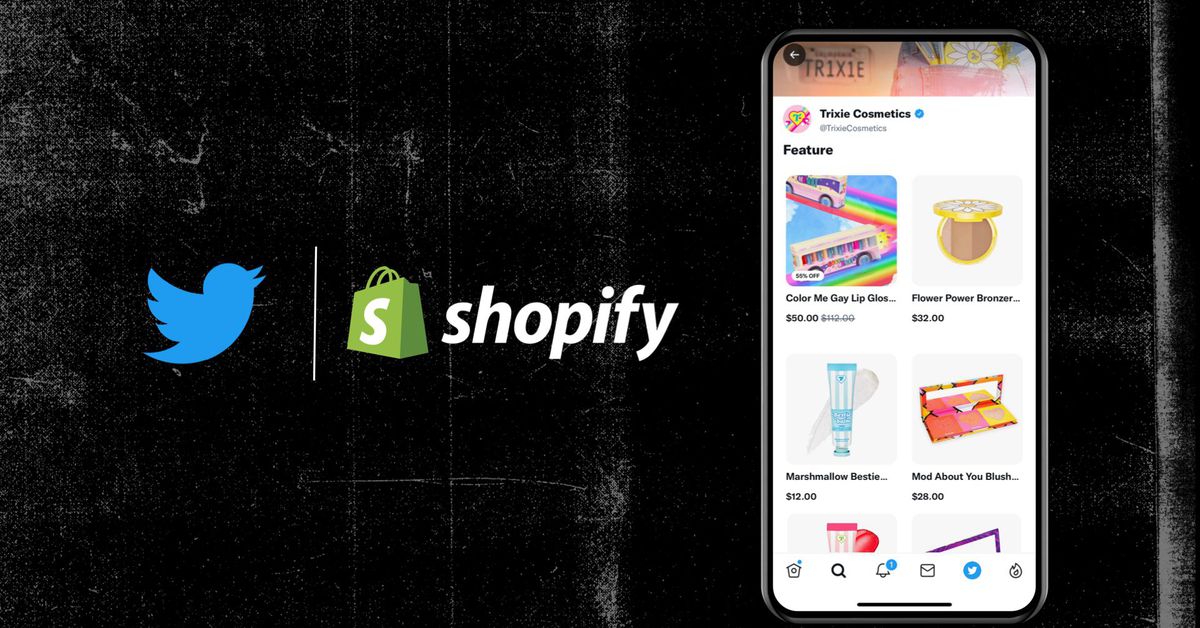 Twitter is partnering with Shopify on an integration that will keep a seller’s Twitter profile page updated with direct links to the products they have for sale. Shopify users who install the new Twitter add-on can connect their Twitter account with Shopify and then start building out a store on Twitter with the platform’s Shop Module.

The new add-on automatically loads a merchant’s products from Shopify onto Twitter, which then appear in a carousel on the Twitter profile. Users can browse through or expand the carousel to view up to 50 products — selecting a product redirects users to the merchant’s website for purchase.

Shop owners can also use the Twitter add-on to sync their Shopify product inventory with Twitter. This should eliminate the need for merchants to update each item individually when making changes to their products’ details or as items go in and out of stock.

In addition to the partnership with Shopify, Twitter announced that it’s expanding the beta of its Twitter Shops and Shop Spotlight — tools that let merchants show off products on their profiles — to all brands based in the US. Until now, the features were only available to a select group of merchants.

While Twitter partnered with Shopify in 2015 on “buy now” buttons that appeared within tweets, it didn’t really take off — Twitter retired the feature in 2017. But as Twitter continues to actively roll out dedicated tools for merchants — and with a new owner who wants to find non-advertising-based revenue — a Shopify integration starts to make more sense.

Nothing’s Phone 1 isn’t coming to the US

Netflix password-sharing crackdown will roll out globally in “early 2023”