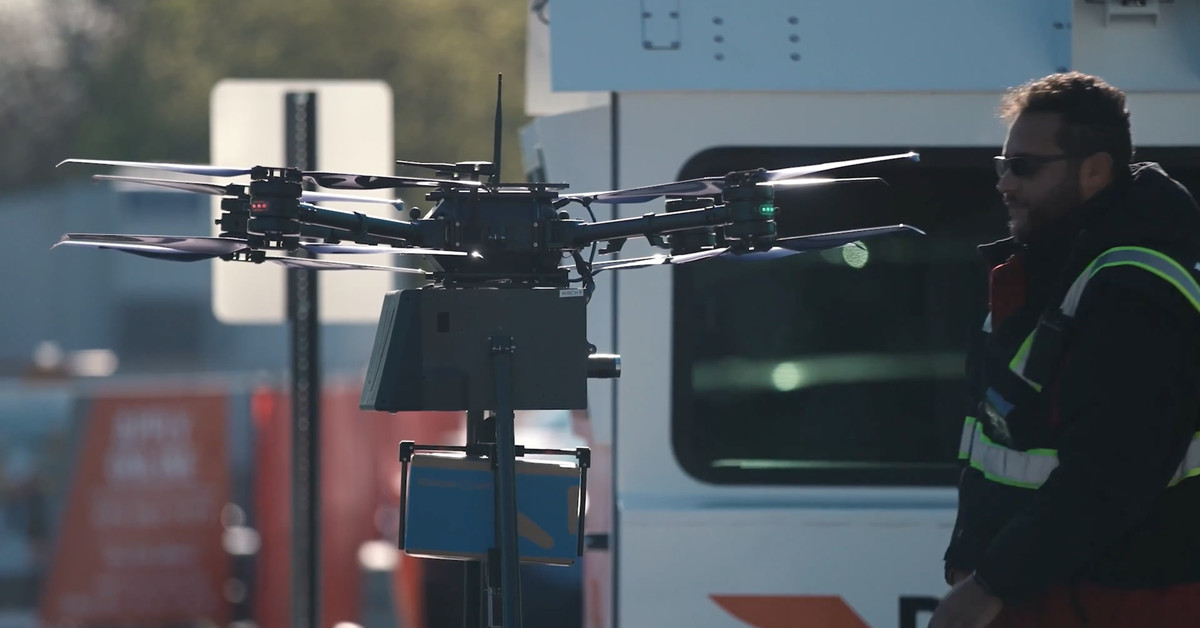 Walmart is expanding its drone deliveries to reach 4 million households

Walmart announced on Tuesday that it’s planning on expanding the number of stores that offer drone-delivered packages; by the end of the year, it hopes to fly deliveries from 34 sites across Arizona, Arkansas, Florida, Texas, Utah, and Virginia. The company says the expansion will give up to 4 million households access to the service, which is a significant increase. When the company launched the program in November 2021, it was only available in a single town in Arkansas.

Walmart says that customers who live near drone-capable stores will be able to order items weighing less than 10 pounds in total between 8AM and 8PM. The deliveries, which cost $3.99, are done via a drone operated by a company called DroneUp, which has a partnership with Walmart. (The retailer has also invested in the delivery company.) Workers at the Walmart location receive the order, pack it into a box, and then secure the box to a drone. Then, a pilot flies the drone to the customer, and it’s dropped onto their front lawn using what looks like a giant claw.

It sounds like Walmart’s not just trying to expand the program’s footprint — the company also wants to increase the number of packages it’s delivering via drone. In its press release, the company says it’s completed “hundreds of deliveries within a matter of months.” With the expansion, it says it’ll have the ability to do more than a million drone deliveries a year.

In its press release, the company said it thought people would use the service for “emergency items” and has been surprised that something like Hamburger Helper has become the top-selling item at one location. I’ll be perfectly honest, I’m skeptical of this claim — how could anyone introduce a service where a package is flown to you in “as little as 30 minutes” and not expect that people would use it to replace those quick trips to the store to pick up one or two items?

With this planned expansion, Walmart could take the lead when it comes to commercial drone delivery in the US. The Wall Street Journal reports that while companies like FedEx and UPS are looking into drones, they’re currently more in the experimentation stage rather than the “offering it as a service phase.” Alphabet, Google’s parent company, is operating a drone delivery service called Wing in Texas and Virginia, and it’s delivered hundreds of thousands of packages worldwide, but it currently hasn’t announced further expansion plans.

Then, of course, there’s Amazon, which has been working on its drone delivery service for many years. Several recent reports, however, make it seem as if the company is struggling to get its program off the ground; despite a 2016 demonstration delivery in the UK, Amazon currently isn’t delivering packages by drones, and it’s unclear if and when that’ll start.

Amazon is, however, trying to play a very different game. It wants its drone deliveries to be autonomous, meaning that there won’t be any human pilots. Walmart and DroneUp’s system, however, has “certified pilots” at the helm. While this might make it more difficult for Walmart to scale drone deliveries at a rapid pace, some of its customers are probably getting used to getting their packages dropped down from the sky; that’s not something that can be said for Amazon.

As Ars Technica points out, though, Walmart’s system does have some limitations. Currently, it’s legally required to have line-of-sight to the drones while they’re flying, meaning that it has to have control towers in its stores’ parking lots to offer drone service. This limitation also means that deliveries have to happen within a 1.5-mile radius of the store. And, of course, DroneUp has to hire more operators as more people use the service. Earlier this year, it announced plans to do so, and now it’s clear why; now, DroneUp and Walmart just have to deliver on their promises of expansion.

Save on PlayStation games and gear during the Days of Play

Apple drops mask requirements for most of its corporate workers