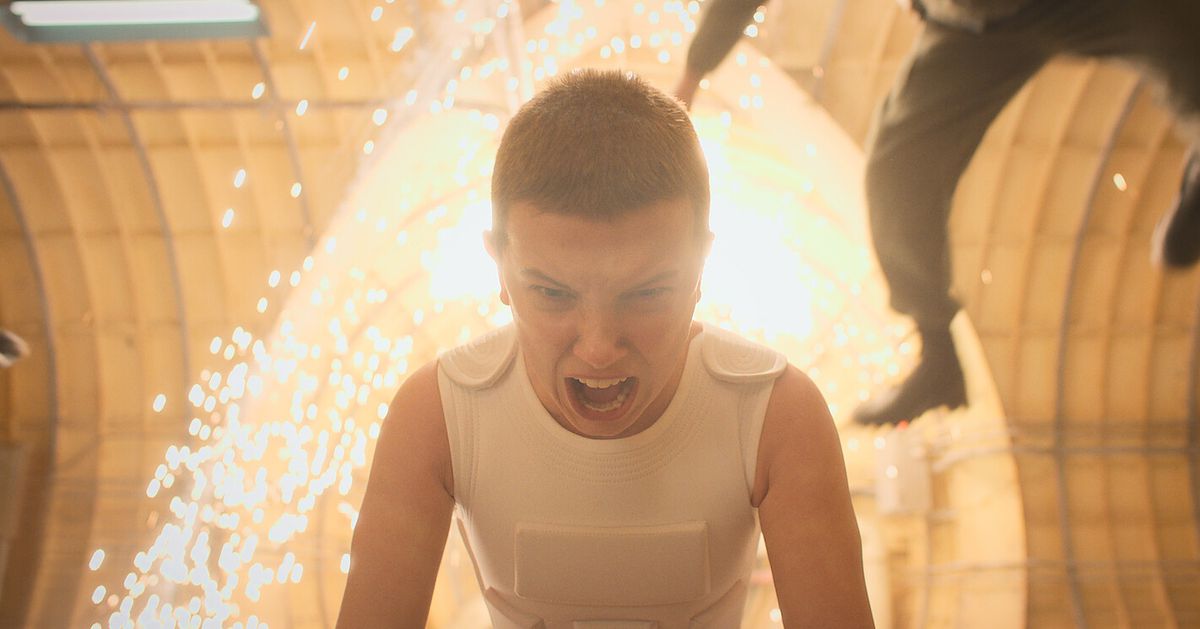 Stranger Things’ fourth season finally debuts next week on May 27th, but if you want an early preview of what’s to come, Netflix posted the first eight minutes of the season right on YouTube. I haven’t watched the show since it first premiered, so I have no idea what’s going on in the clip, but it does seem to set up a spooky, intriguing, and bloody season 4.

Netflix also revealed how many episodes will be in each of the season’s two “volumes.” Volume one, which is what premieres next week, will have seven episodes. Volume two, which debuts just over a month later, on July 1st, will have two episodes.

The season is the longest yet

And the season is the longest yet. According to The New York Times article profiling show creators Matt and Ross Duffer, season 4 is “five hours longer than any previous one,” and three of the first four episodes are 75 minutes long “or more.” An official Netflix post gave some more specific numbers: the seventh episode is 1 hour, 38 minutes; the eighth is around 1 hour, 25 minutes; and the ninth is almost two and a half hours long.

Be careful researching the season ahead of time, though, as major spoilers have reportedly leaked from, of all things, an official Stranger Things Monopoly game. The Duffer brothers apparently had a “total meltdown” over the leaks, according to The Hollywood Reporter.

Season 4 will be Stranger Things’ penultimate season, the Duffer brothers said in an open letter in February.

Costco members can now get discounts on Apple online services